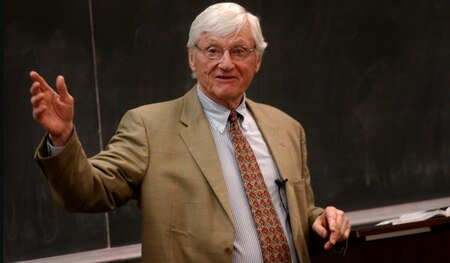 Most American historians know Harrell for his biographies of Oral Roberts and Pat Robertson. Here is an obituary of the longtime Auburn University professor:

Retired Auburn University history professor David Edwin Harrell, who wrote biographies of TV evangelists Pat Robertson and Oral Roberts and was one of the world’s top scholars on Pentecostalism and American religion, has died.

Harrell died on Monday afternoon, March 15. He was 91.

“He died very peacefully at home,” on Ponte Vedra Beach, near Jacksonville, Fla., where he was born, said his wife, Adelia Harrell. Last fall, Harrell suffered two strokes, she said.

Harrell was the author of eight books on religion and contributed essays to dozens of other books and wrote hundreds of published articles on religion.

“When I think of Ed, I think of him as the most gregarious and normal historian I’d ever met,” said retired UAB historian Margaret Armbrester. “He brought balance, fairness, objectivity to everything. He was a good administrator, a good colleague. I personally just loved his sense of humor.”

He and five other historians co-wrote a U.S. history textbook emphasizing the role of faith.

“You can read American history books and not know people were religious,’’ Harrell said in 2006 after the book was released. ’’Religion plays good roles and bad roles. It’s there in very prominent places. If you miss it, you miss a lot.’’

Read the rest at Al.Com.