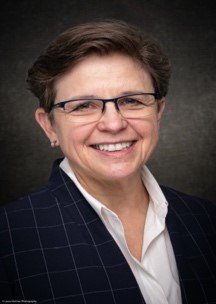 Kudos to Rear Admiral Margaret Grun Kibben, the chaplain of the U.S. House of Representative.

The chaplain to the U.S. House of Representatives chastised lawmakers during a prayer on Wednesday (March 10), asking God to “forgive them” for failing to unite around pandemic relief legislation.

Rear Adm. Margaret Grun Kibben, an ordained Presbyterian Church (USA) minister who assumed the role of House chaplain in January, included the criticism in her prayer as she opened the House session Wednesday, when lawmakers prepared for a final vote on President Joe Biden’s $1.9 trillion coronavirus relief package.

“Almighty God, as these lawmakers take their sides on this factional bill before them, we pray your mercy,” she said. “Forgive them, all of them. For when called upon to respond to a once-in-a-century pandemic that has rocked our country, upended its economy and widened the chasm of partisan opinion, they have missed the opportunity to step above the fray and unite to attend to this national crisis.”

Kibben, the first woman to hold her position, added: “In failing to address the acrimony and divisions which have prevailed in this room, the servants you have called to lead this country have contributed to the spread of an even more insidious contagion of bitterness and spite.”

Read the rest here. This is what speaking truth to power looks like.