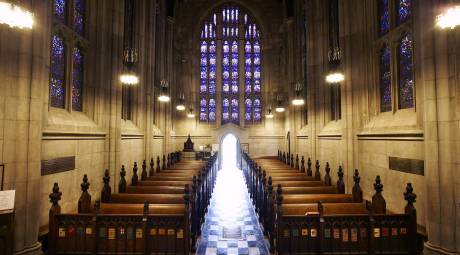 This is such a great essay by Shadi Hamid. He suggests that American democracy requires a common creed. Here is a taste of his piece at The Atlantic:

The notion that all deeply felt conviction is sublimated religion is not new. Abraham Kuyper, a theologian who served as the prime minister of the Netherlands at the dawn of the 20th century, when the nation was in the early throes of secularization, argued that all strongly held ideologies were effectively faith-based, and that no human being could survive long without some ultimate loyalty. If that loyalty didn’t derive from traditional religion, it would find expression through secular commitments, such as nationalism, socialism, or liberalism. The political theorist Samuel Goldman calls this “the law of the conservation of religion”: In any given society, there is a relatively constant and finite supply of religious conviction. What varies is how and where it is expressed.

No wonder the newly ascendant American ideologies, having to fill the vacuum where religion once was, are so divisive. They are meant to be divisive. On the left, the “woke” take religious notions such as original sin, atonement, ritual, and excommunication and repurpose them for secular ends. Adherents of wokeism see themselves as challenging the long-dominant narrative that emphasized the exceptionalism of the nation’s founding. Whereas religion sees the promised land as being above, in God’s kingdom, the utopian left sees it as being ahead, in the realization of a just society here on Earth. After Supreme Court Justice Ruth Bader Ginsburg died in September, droves of mourners gathered outside the Supreme Court—some kneeling, some holding candles—as though they were at the Western Wall.

On the right, adherents of a Trump-centric ethno-nationalism still drape themselves in some of the trappings of organized religion, but the result is a movement that often looks like a tent revival stripped of Christian witness. Donald Trump’s boisterous rallies were more focused on blood and soil than on the son of God. Trump himself played both savior and martyr, and it is easy to marvel at the hold that a man so imperfect can have on his soldiers. Many on the right find solace in conspiracy cults, such as QAnon, that tell a religious story of earthly corruption redeemed by a godlike force.