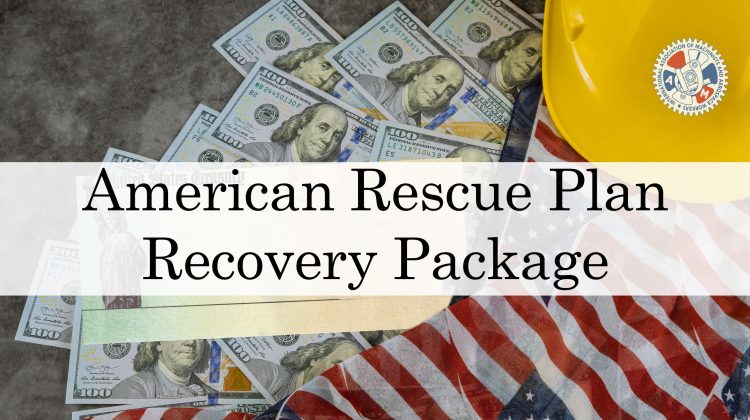 In passing the American Rescue Plan, Democrats in Congress are doing the Lord’s work. Here is Jim Wallis at Religion News Service:

But such relief should lead to recovery and then to reconstruction of the American economy — especially for low-income people. And if a $15 minimum wage cannot be included in this bill, it should be soon in subsequent legislation as essential workers need essential wages.

The ARP acknowledges the incredible scope of the pandemic’s impact and meets it with strong investment. A lot has been made of the bill’s price tag — and Republicans have been clear that they do not believe the pandemic warrants such a large amount of money.

Suddenly, with millions of Americans suffering, a trillion dollars or more seems impossible. And yet, in 2017 they passed tax cuts for corporations and wealthy Americans that cost trillions of dollars. As a Christian, I take seriously our call to care for the poor, the sick, the hungry. Are we really willing to let our fear of doing too much outweigh the risk of doing too little?

And if these weren’t enough, it has incredible broad support across the board.

Almost 80% of Americans support it — including majorities of voters in both parties. It’s not like supporting this would be a profile in courage. In a time of partisan division and polarization across the country, this is one of the few things that unite us. So why are Republicans opposed to it? Are they really willing to play politics when so much is at stake? There’s no reason that, even when using reconciliation, this bill shouldn’t have broad bipartisan support.

I call on congressional Republicans, many of whom are Christians, to support the ARP. In Luke 4:18 Jesus says, “The Spirit of the Lord is upon me because he has anointed me to bring good news to the poor. He has sent me to proclaim relief to the captives and recovery of sight to the blind, to let the oppressed go free.”

The word for “good news” in the Greek is “evangel” — from which we get the word evangelical. The ARP is “good news” for the poor and suffering in America. To not support it would be to ignore the teachings of Christ at a time when millions of our fellow Americans are suffering.