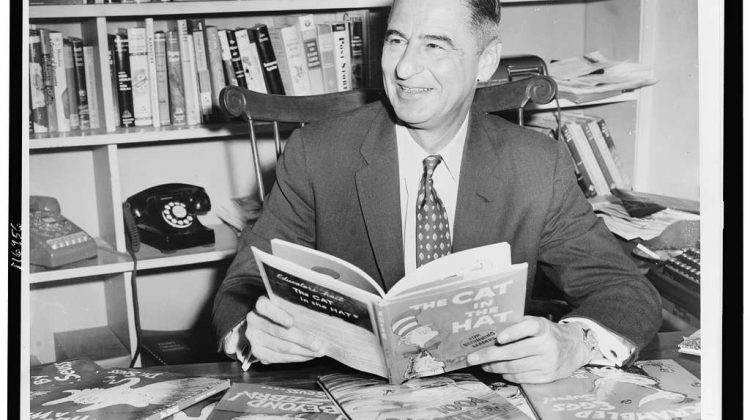 Yesterday I offered some thoughts on Dr. Seuss Enterprises’ decision to remove several of Theodor Geisel’s books from print because they portrayed “people in ways that are hurtful and wrong.”

You mentioned that revision of the Mulberry Street book in the 1970s. Seuss died in 1991. Were there instances, when he was alive, of him being confronted by, or being aware of, these kinds of tropes in his books? How did he respond?

Yes, there are some examples of him revising in response to criticism, and you can give him credit for that—but I would only give partial credit! For example, he said something about the revision of Mulberry Street, to the effect of  I’ve removed the yellow color and cut off the pigtail, now he looks like an Irishman—just kind of trying to make a joke but also trivializing the importance of the revision. He was also really resistant to criticisms of his work as sexist and wouldn’t change it on those grounds. He most famously said of Alison Lurie, who wrote a critique of gender and Seuss’ works in the New York Review of Books, something along these lines: Tell her most of my characters are animals, and if she can identify their sex, I’ll remember her in my will!

Interestingly, one change he did make willingly was: There was a line in The Lorax about Lake Erie, a reference to how badly polluted it was. Then they cleaned up Lake Erie, and some of the people behind that effort wrote to him, Hey, can you take this line out? And he did.