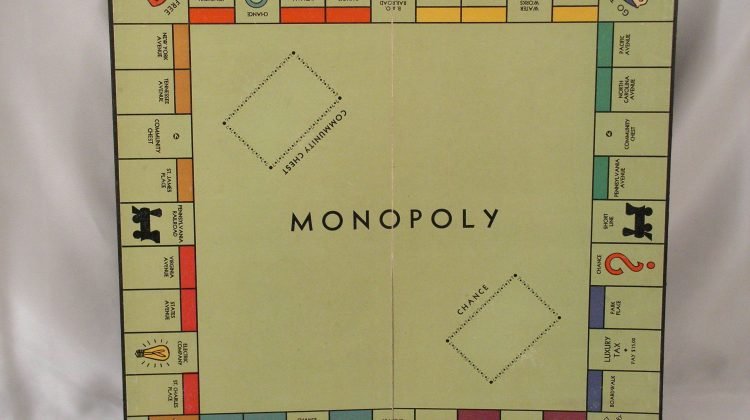 Did you know that the prices of the properties on the Monopoly board reflect the economic and racial demographics of 1930s Atlantic City, New Jersey? Here is Mary Pilon at The Atlantic;

Take a good look at a Monopoly board. The most expensive properties, Park Place and Boardwalk, are marked in dark blue. Maybe you’ve drawn a card inviting you to “take a walk on the Boardwalk.” But that invitation wasn’t open to everyone when the game first took on its current form. Even though Black citizens comprised roughly a quarter of Atlantic City’s overall population at the time, the famed Boardwalk and its adjacent beaches were segregated.

Jesse Raiford, a realtor in Atlantic City, New Jersey, in the early 1930s and a fan of what players then called “the monopoly game,” affixed prices to the properties on his board to reflect the actual real-estate hierarchy at the time. And in Atlantic City, as in so much of the rest of the United States, that hierarchy reflects a bitter legacy of racism and residential segregation.

Cyril and Ruth Harvey, friends of Raiford’s who played a key role in popularizing the game, lived on Pennsylvania Avenue (a pricey $320 green property on the board); their friends, the Joneses, lived on Park Place. The Harveys had previously lived on Ventnor Avenue, one of the yellow properties that represented some of Atlantic City’s wealthier neighborhoods, with their high walls and fences and racial covenants that excluded Black citizens.

The Harveys employed a Black maid named Clara Watson. She lived on Baltic Avenue in a low-income, Black neighborhood, not far from Mediterranean Avenue. On the Monopoly board, those are priced cheapest, at $60.