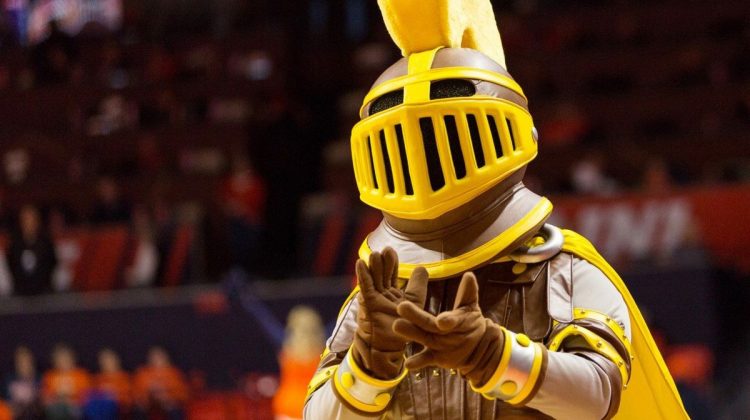 When I was a Lilly Fellow in Humanities and the Arts at Valparaiso University we attended almost every Valparaiso Crusader home basketball game during the 2000-2001 and 2001-2002 seasons. As a faculty member, we got free admission and the ARC (Athletics Recreation Center)–the Valpo arena–was a five minute walk from the house we were renting. The games became a community event for the postdocs in the program. We all sat together with our young kids and enjoyed some Division I college basketball. This was a couple years after “The Shot.”

One night as we entered the ARC and navigated the crowded arena to our seats, we lost our daughter. Ally was three years old. I thought Joy was holding her hand and Joy thought I was holding her hand. Needless to say, we panicked. The ARC only holds about 5000-6000 fans, but when you lose your kid in a crowd, 5000-6000 feels like a million.

We couldn’t find Ally anywhere. My fellow postdocs and their spouses joined us in our search.

Finally, I asked the security guard if I could walk on the floor at court level to look around. Sensing my concern, he smiled and asked me if I was the father of a little girl with blond curly hair. He pointed to the floor. The Valpo team was warming up. The music was blaring. And there was Ally, running around the court with the Valpo crusader mascot as the fans cheered them on from their seats.

At some point during my two years at Valparaiso I watched an honors student debate on the subject of whether the university should retire its nickname and mascot. It was either 2000 or 2001. If I remember correctly, the debate was triggered by the fact that evangelical Wheaton College had just changed its name from “Crusaders” to “Thunder.” I can’t remember who won that debate, but the university did not change its nickname or its mascot as a result of the student arguments.

That was almost twenty years ago. Times have changed. Here is the Chicago Tribune:

Valparaiso University’s controversial Crusader mascot is on the way out, with the decision on a new mascot expected to come from the university’s incoming president with input from the campus community.

“This is the right thing to do at the right time and for the right reason,” said Interim President Colette Irwin-Knott, who announced the decision Thursday in a video message to the campus community and alumni along with Kaitlyn Steinhiser, president of the student body.

While the Crusader has been the university’s mascot since a switch from the Germanic calvary soldier the uhlan in 1942 because of the rise of Nazi Germany, those involved with the effort to remove the Crusader said that discussion began decades ago but didn’t gain cohesion until this summer, after protests over the death of George Floyd in Minneapolis and growing awareness of racial injustice that followed, as well as the use of Crusader imagery during the Jan. 6 insurrection at the U.S. Capitol.

Irwin-Knott put together a task force to examine the matter, which sent out a survey to students, alumni, faculty and staff for feedback on the Crusader. In all, 7,700 respondents took part in that survey and more than 80% of them identified “Valpo” as the university’s dominant brand, compared to 2.5%, who selected the Crusader.