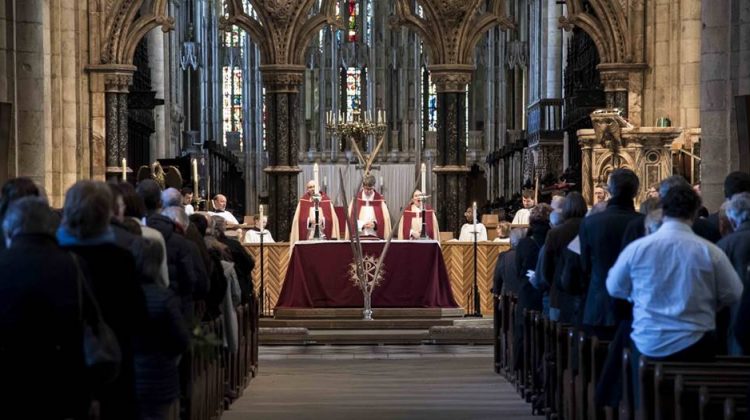 I mentioned Skye Jethani‘s thoughts on corporate confession and repentance in one of my posts on Justo Gonzalez’s Teach Us To Pray: The Lord’s Prayer in the Early Church and Today. Yesterday at Religion News Service, Jethani developed a few of those points. Here is a taste:

Having spent 15 years traveling and speaking to groups across the landscape of American religion, I’ve realized the Christian discipline of confession — while common among Catholics, Anglicans, mainline Protestants and Orthodox believers — is largely absent in my own evangelical tradition.

Attend an evangelical church in the United States and you are more likely to find cushioned theater seats than a liturgy of confession or hear a prayer of repentance. And while other churches use Lent to reflect on their sinfulness in preparation for Easter, few evangelical churches acknowledge Lent at all, preferring to bypass the solemn season in favor of weekly “celebrations” more appealing to religious consumers.

The 40 days of Lent have historically been a season for Christians to engage in confession and repentance. Lenten fasting (which has turned into giving up an indulgence like sweets or Netflix) was merely a way to facilitate self-examination by eliminating distractions and focusing on one’s inner life rather than outward comforts.