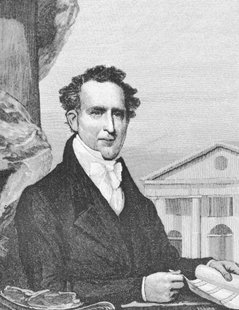 I’ll bet you didn’t know that in 1809 Josiah Quincy (MA), the only Federalist in Congress, tried to impeach Thomas Jefferson. His attempt failed by a vote of 117 to 1.

Andrew Fagal, associate editor of the Papers of Thomas Jefferson at Princeton, tells us more in his recent piece at The Washington Post. Here is a taste:

On Jan. 25, 1809, Quincy rose to denounce the president as he had done numerous times in the past. This time was different, as Quincy alleged that Jefferson had failed to carry out his duties as chief executive. The president’s “high misdemeanor,” according to Quincy, was that he kept Benjamin Lincoln, the customs collector for the port of Boston, in federal office despite the man’s protestations that he was too old, and too feeble, to do his job. In 1806 Lincoln had written to Jefferson proposing to resign his office, but Jefferson asked him to stay on until he had appointed a successor. The president did so to nominate Henry Dearborn, his friend and the secretary of war, to this important position before his eventual retirement to Monticello. Jefferson wanted to reward his longtime ally with the Boston collectorship, but first, he needed to keep the long-serving Dearborn in the War Department until the foreign crisis with Great Britain over trade restrictions and the impressment of American sailors was resolved.

Quincy saw it differently, alleging that Jefferson unfairly allowed a federal official to be paid a $5,000 annual salary “for doing no services.”

Quincy’s motion received intense pushback in the floor debate that followed, as both Democratic-Republicans and Federalists objected to it. Seventeen Congressmen in total spoke against even considering the resolution, a high number for any House debate at the time. Thomas Gholson, an administration ally from Virginia labeled Quincy’s impeachment attempt as a “ridiculous proposition” while William A. Burwell, Jefferson’s former private secretary now a Virginia Congressman, referred to the ploy as something out of “Gulliver’s Travels.”