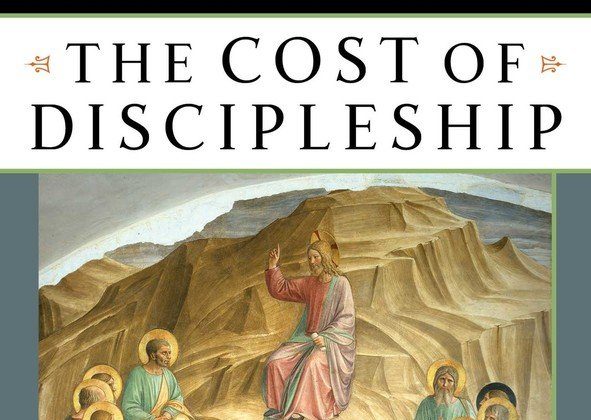 Eric Metaxas, the evangelical author, radio host, and “fellow” at Liberty University’s Falkirk Center, has been one of the most outspoken defenders of the belief that Joe Biden and Democrats rigged the 2020 presidential election. We have covered him extensively over the last several years.

This is what Metaxas tweeted today:

He also wrote this on Parler:

Nero demonized Christians as the ones who burned Rome down. Hitler demonized Jews as the real reason for Germany’s woes. Dems are demonizing Trump supporters because we dare to object to the monstrous theft of a presidential election. And bc we love liberty & our country & God.

On December 9, 2020, Metaxas appeared on Charlie Kirk’s podcast. Kirk is a fellow court evangelical and colleague at Liberty University’s Falkirk Center. During that show Metaxas said, in the context of supposed election fraud, that “we need to fight to the death, to the last drop of blood” to preserve Trump’s apparent victory in the 2020 election. You can watch that conversation here.

On January 6 in Washington D.C., pro-Trump rioters invaded the United States Capitol building. Who is responsible for this insurrection? I see four levels of complicity:

Recently, Simon & Schuster re-issued an edition of Dietrich Bonhoeffer’s Cost of Discipleship. Someone at the venerable publishing house asked Eric Metaxas to write the foreword. As some of you know, Metaxas wrote a popular biography of Bonhoeffer that was widely panned by Bonhoeffer scholars.

Bonhoeffer scholar Stephen Haynes is the author of The Battle for Bonhoeffer: Debating Discipleship in the Age of Trump. Haynes’s piece “An Open Letter to Christians Who Love Bonhoeffer but (Still) Support Trump” serves as the postscript to that book. Here is a taste:

Your embrace of Trump is eerily reminiscent of German Christians’ attachment to Hitler in the early 1930s. I make this point not to convince you that Trump is Hitler but to remind you of the troubling ways Christians have compromised themselves in endorsing political movements in which they perceived the hand of God. I developed a scholarly interest in the churches’ role during the Nazi era in part so I could help ensure that Christians would never repeat the mistakes they made under Hitler. Similarly, Dietrich Bonhoeffer is one of my heroes in part because he was able to resist the wave of Hitler worship that swept up many German Protestants.

Being familiar with this history, I have been struck by how reminiscent many of your responses to Trump are of the way Christians in Germany embraced a strong leader they were convinced would restore the country’s moral order. Despite all the evidence to the contrary, many Christians in Germany let themselves be persuaded that Hitler was a deeply pious man, placed in power by God through a graceful act of intervention in German history. Hitler encouraged these ideas not by claiming any allegiance to Christ but by employing vague religious language, promising a return to the “good old days,” and posing for photographs as he left church, prayed, and entertained ecclesiastical leaders.

Here are a few examples of how Protestant Christian leaders in Germany spoke about God’s role in Hitler’s accession to power:

• “With National Socialism an epoch in German history has begun that is at least as decisive for the German people, as for example the epoch of Martin Luther.”
• “No one could welcome January 30, 1933 more profoundly or more joyfully than the German Christian leadership.”
• “Adolf Hitler, with his faith in Germany, as the instrument of our God became the framer of German destiny and the liberator of our people from their spiritual misery and division.”
• “[Hitler is] the best man imaginable, a man shaped in a mold made of unity, piety, energy and strength of character.”
• “[Hitler], the most German man, is also the most faithful, a believing Christian. We know that he begins and ends the course of his day with prayer, that he has found in the Gospel the deepest source of his strength.”
• “If the German who truly believed in Jesus could find the Spirit of the kingdom of God anywhere, he could find it in Adolf Hitler’s movement.”
• “In the pitch-black night of Christian church history, Hitler became like a wonderful transparency for our time, a window through which light fell upon the history of Christianity.”
• “[God has granted us an] hour of grace . . . through Adolf Hitler.”
• “God has once again raised his voice in a singular individual.”

• “God raised up . . . Donald Trump” (Michelle Bachman).
• “God has righteously chosen [Trump] to affect the way that this nation goes forward” (Chuck Pierce).
• “Donald Trump represents a supernatural answer to prayer” (James Robison).
• “God had raised up [Trump] for such a time as this” (Stephen Strang).
• “Donald Trump actively seeks God’s guidance in his life” (James Dobson).
• Trump’s victory “showed clear evidence of ‘the hand of God’ on the election” (Franklin Graham).
• “[Trump is] a bold man, a strong man, and an obedient man” (Kenneth Copeland).
• “I see this as a last-minute reprieve for America, and the Church” (Rodney Howard-Browne).
• “[Trump] does look like he’s the last hope” (Phyllis Schlafly).
• “God was raising up Donald Trump as He did the Persian king Cyrus the Great” (Lance Wallnau).
• “[Trump is] a man of faith . . . truly committed to making America great again through principles that honor God rather than defy Him” (Stephen Strang).
• “In the midst of . . . despair, came November the 8th, 2016. It was on that day . . . that God declared that the people, not the pollsters, were gonna choose the next president of the United States. And they chose Donald Trump” (Robert Jeffress).
• “We thank God every day that He gave us a leader like President Trump” (Robert Jeffress).14

How is Trump able to convince these Christian leaders that he is worthy of their support? Mostly by paying attention to them, inviting them to Trump Tower, and indulging their need to be listened to in an increasingly post-Christian culture. It is truly remarkable that they have been taken in by Trump’s vague and barely comprehensible statements about his “faith,” such as “I’ve always been spiritual,” “belief is very important,” and “I’m going to do a great job for religion.” Honestly, Hitler was better at pretending to be a Christian.

Metaxas thinks he is following Bonhoeffer’s example by challenging the results of the 2020 election. He believes that Democrats are the Nazis and he and his fellow conspiracy theorists are the resistance.

But there is another angle to this story. Last week Simon & Schuster canceled the book contract of Missouri senator Josh Hawley after he objected to the results of 2020 Electoral College. In a public statement, Simon & Schuster said:

“As a publisher it will always be our mission to amplify a variety of voices and viewpoints: At the same time we take seriously our larger public responsibility as citizens, and cannot support Senator Hawley after his role in what became a dangerous threat.”

Eric Metaxas may actually have more influence over rank and file Americans than Josh Hawley.

One final note. The Amazon page for the Metaxas edition of Cost of Discipleship says the edition with the Metaxas foreword was published in 2012. The Simon & Schuster page lists the publishing date as 1995. The 1995 listing cannot be the Metaxas edition because he did not write his Bonhoeffer biography until 2010. So I’m confused. Did Metaxas write the introduction to Cost of Discipleship in 2012, or did he write it more recently? Either way, I think it is time to remove his foreword.