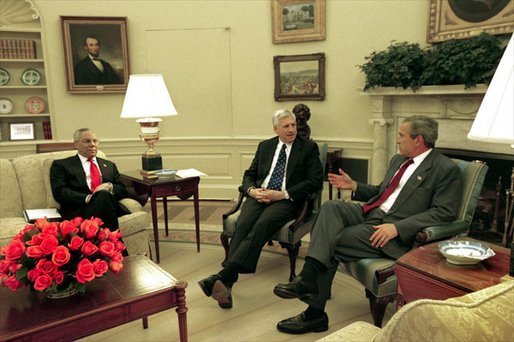 John Danforth served three terms as a United States Senator from Missouri. He is an Episcopal priest and the author of Faith and Politics: How the “Moral Values” Debate Divides America and How to Move Forward Together. Danforth is also the founder of the John C. Danforth Center on Religion and Politics at Washington University.

Danforth once called Josh Hawley a “once-in-a-generation” candidate who would one day be president. In 2018, when Hawley was running for a senate seat, Danforth praised him as an intellectual, someone who was “not just some glad-handing politician.” He also compared Hawley to former New York senator and Harvard professor Daniel Patrick Moynihan.

But things have changed. On Wednesday, Hawley’s objected to the Pennsylvania and Arizona Electoral College votes. Conservative columnist George Will called him a “domestic enemy.” Nebraska senator Ben Sasse said ambition was driving Hawley’s decision. Democrats want him expelled from the Senate.

Here is a taste of Bryan Lowry’s piece at The Kansas City Star:

“I thought he was special. And I did my best to encourage people to support him both for attorney general and later the U.S. Senate and it was the biggest mistake I’ve ever made in my life,” he said Thursday. “I don’t know if he was always like this and good at covering it up or if it happened. I just don’t know.”

Danforth said he first met Hawley at a dinner party during a visit to Yale Law School in the mid-2000s when Hawley was a third-year law student. Impressed with Hawley’s intellect, he became a mentor and led the effort to recruit him to run for U.S. Senate in 2018.

“But for him it wouldn’t have happened,” said Danforth a day after the riot.

“But for him the approval of the Electoral College votes would have been simply a formality,” Danforth, a Republican who represented Missouri from 1976 to 1995, added. “He made it into something that it was a specific way to express the view that the election was stolen. He was responsible.”

Hawley’s office did not immediately respond to Danforth’s criticism or other questions about his role helping lay the groundwork for Wednesday’s chaos.