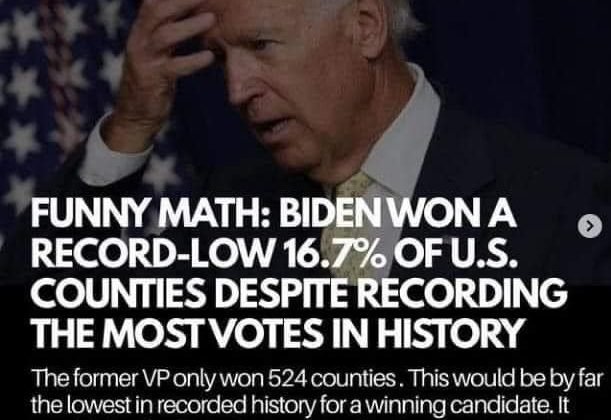 There are five stages of grief: denial, anger, bargaining, depression, and acceptance.

Today it appears that Donald Trump has entered the second stage:

It appears that the court evangelicals are all at different stages in the grieving process. Let’s check in on them:

Charlie Kirk, the founder of Liberty University’s Falkirk Center, is evangelizing. Anyone who reads his Twitter feed will be led to believe that giving “your life to Christ” and embracing Trumpism are the same thing.

Wallnau sees the sham hearing at Gettysburg as “turning point.” He suggests that anyone who denies widespread election fraud is speaking-out against God’s prophet. I find it interesting that God only speaks through Donald Trump and the Republican Party. 🙂 If you are looking for a nice example of 7 Mountain Dominionism watch his recent video. Wallnau even finds something in the Bible about Fox News.

Here are a few of the 9.4K comments on Wallnau’s video. (All of them include original spelling):

—TRUMP WILL SERVE 4 MORE YEARS AND MANY CORRUPT WILL GO TO JAIL!!! WE WILL WITNESS THE BEST OF THE NEXT 4 YRS WERE TRUMP WILL BE MORE RADICAL AGAIN CORRUPTION BECAUSE HE HAS NOTHING TO LOOSE!!! All of us americans must stand together if we don’t our freedom will be lost forever.

—Do not be complacent..call your state legislators to fully disclose this corruption, especially in these key states, Wisconsin., Mich.Nevada, Arizona, PA., GA. God is Truth and must prevail.

—I seriously believe Trump won EVERY STATE. ALLLLLL of them.

–(Response to the above comment): Except California.. Gotta be realistic.. CA is the new Sodam & Gomorrah.

—It is time for intercessors to come boldly into our father throne room. We need to pray and intercede for our nation and President Trump.

—The world is about to see a full blown miracle. This country will be brought back form the brink of darkness

—YES AND AMEN!!! THEY HAVE MOCKED GOD ALTOGETHER!! CAUSE BOOMERANG CURSES TO COME UOON THEM…AMEN!!

—I am really scares Just listening Biden today ! The most progressive agenda ever

—We are mighty warriors ready for war!!! God is our leader we have been called for such a time as this! Do not fall asleep for your watch!!!

Court evangelical journalist David Brody writes on Parler: “Seems to me that all of the abuse, threats and hate that @jennaellisesq is receiving is because she’s a conservative Christian woman digging for truth and leftists just can’t handle that.”

Here is another one of the Christian Broadcasting Network journalist’s posts on Parler: “Shame on the national media! They always talk about seeking truth. What a bunch of liars. The Trump campaign is trying to seek the truth and there’s plenty of evidence to investigate and yet the media just blows it all off. SHAMEFUL!”

Hibbs still believes the results from California will be overturned:

Jim Garlow has a Ph.D in historical theology from Drew University. Today he posted the following meme and wrote, “Wanna know why you can’t stay in the basement for months on end–yet have confidence u can ‘win.’ Whoever said ‘cheaters never.’ #DRETT (Democrats ruin everything they touch). A student in an 8th-grade civics class knows that elections are decided by votes, not counties.

Eric Metaxas interviews John Zmirak of James Robison’s website The Stream. They play fast and lose with American history and suggest that the Democrats in the South who instituted Jim Crow are the same Democrats today. Any first-year history major would see through these “arguments.” This is so irresponsible. Both Metaxas and Zmirak continue to grossly manipulate the past to promote their election fraud conspiracy theory. And Metaxas says that we should “fight to the death” to overturn this election just like Dietrich Bonhoeffer fought the Nazis.

Robert Jeffress has been pretty quiet of late, but he still loves Trump”

This could be a relevant message:

Does apply to elections?:

Franklin Graham has Michael Flynn‘s back: