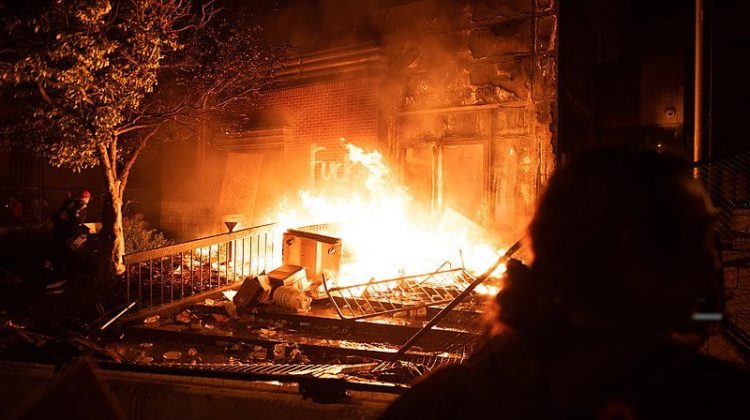 A Texas man who claims to be a member of the Boogaloo Bois, a far-right anti-government extremist group intent on starting a second civil war, is facing a riot charge, federal prosecutors said Friday, alleging that the man opened fire on Minneapolis’s 3rd Precinct police station in an attempt to stir up civil unrest during the May protests over George Floyd’s death.

According to a federal criminal complaint filed Monday and made public Friday, Ivan Harrison Hunter, a 26-year-old from Boerne, Tex., traveled to Minneapolis after Floyd’s death and was captured on surveillance video May 28 firing 13 rounds from an AK-47 into the precinct building as it was overtaken by protesters. According to the complaint, Hunter fired his gun and allegedly shouted, “Justice for Floyd!”

Hunter was charged with traveling across state lines to participate in a riot and made his first court appearance Thursday in San Antonio, where he was arrested on Wednesday, according to Erica MacDonald, the U.S. attorney for the District of Minnesota, whose office is handling the case.

The Boogaloo Bois have been spotted at right-wing and left-wing protests, often heavily armed and wearing Hawaiian shirts. Members of the loosely organized group have espoused a range of ideologies, including pro-gun, anti-government and white supremacist views. In some cases, they have been found to purposefully sow confusion by impersonating left-wing activists in an effort to fuel movement toward civil war.