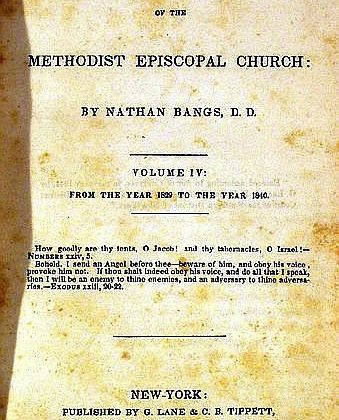 Here is a taste of his post, “The Disappearing Daughters of Jerusalem”:

It is impossible to know, because evidence of this kind is so sparse, how often the male writers seamlessly and without vestige erased the roles women played among Methodists and other denominations in these early years. From a methodological perspective, what is particularly striking about these three narratives is that only the last – the version in which Methodist women play no role at all as active agents in the conversions – was ever published. The other two – the first from Bangs’s 1805 journal and the second from his undated autobiography – are available only to those with access to original archival documents held at the United Methodist Archives at Drew University in the United States. One can only wonder at how many other narratives like these lie dormant in the enormous bulk of handwritten narratives, journals, diaries, and letters left behind by both the men and women who lived in the years preceding Methodism’s determined rise to denominational dominance and social respectability in North America.