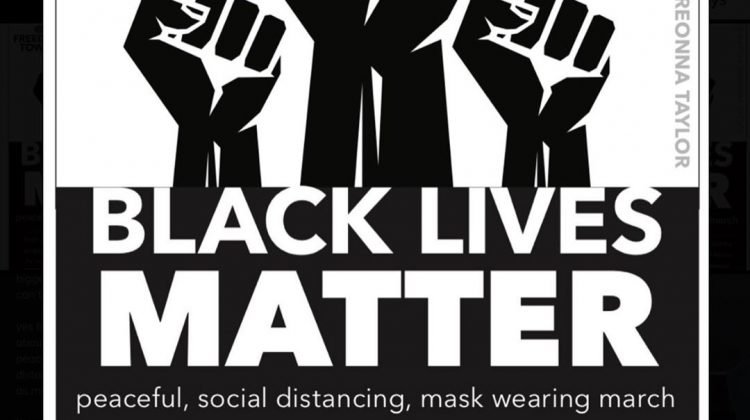 Jeh Johnson was Barack Obama’s Secretary of Homeland Security. Today he spoke to Liberty students about character and leadership. Though he didn’t mention Donald Trump, much of this speech was about Donald Trump (and perhaps Jerry Falwell Jr.) During the Q&A he tells campus pastor David Nasser that he believes racism is a systemic problem.

Two days earlier, campus pastor David Nasser spoke about race in America and on the Liberty campus. He still seems skeptical about systemic racism and believes that a religious revival will solve everything, but before you say he doesn’t go far enough, please try to understand his speech in context. Nasser is trying to address important issues and understands his audience. These are worthwhile steps. Nasser says he is getting some blow-back on campus for his efforts.

People on the Christian Right are noticing what Nasser is doing at Liberty and they are not happy about it. The right-wing Christian website Capstone Report is upset about a recent event on Liberty’s campus:

Here is a taste of the Capstone Report’s post:

According to the source, a Liberty University dean promoted a Christian study of the book The Heart of Racial Justice. The book study is an attempt to radicalize young nursing students in the Social Justice rhetoric, we were told by worried conservatives at Liberty.

On page 209, the authors assert that the Christian West has used its power to preach an “individualistic gospel” over true forms of Christianity. Instead some type of communitarian form of Christianity is promoted and preferred.

And on pp. 88-89, the authors preach an anti-corporate message claiming that White Americans “must face what people of their ethnicity have done to others” and that “Western government and corporations are the world champions of spin doctoring and spin control” and that the West pursues economic and military conquest of others around the globe.

If this book were written in 1979 instead of 2009, everyone would recognize the Marxist roots of that critique.

The core of the book teaches white people enjoy white privilege and have exploited other people groups historically. There is no nuance in this view showing the historical reality that every people group in history has done something like the authors allege—it is what the pages of history continue to show—whether the Islamic invasion of Europe reversed only by Charles Martel at the Battle of Tours or the vast invasion of the West by the Great Khans of the Steppes.

On the day (Thursday) between Nasser’s remarks and Johnson’s visit, the Falkirk Center, Liberty’s culture war wing and public voice, held a conference on campus. The folks at the Capstone Report sound just like what I heard yesterday at the Falkirk event. Liberty University is trying to address racism on campus, but their public image, as represented the Falkirk Center, remains the same. As might be expected, the university is in the midst of a post-Falwell identity crisis and we are seeing it all play out on YouTube and online.