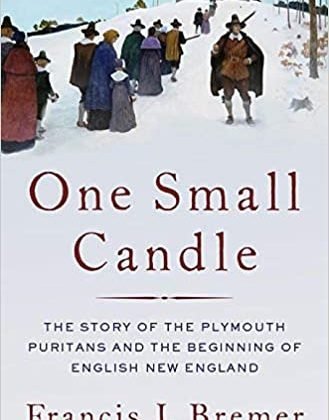 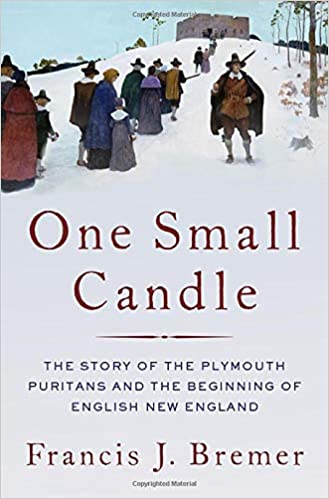 Frank Bremer is Professor Emeritus of history at Millersville University. This interview is based on his new book, One Small Candle: The Plymouth Puritans and the Beginning of English New England (Oxford University Press, 2020).

JF: What led you to write One Small Candle?

FB: As we approached the 400th anniversary of the arrival of the Mayflower and the settlement of the Pilgrim colony, I realized that for a long time scholars had neglected the religious dimension of the story. Anticipated new studies were going to examine the impact of the settlement on the lives and cultures of the indigenous people, and the contributions the settlers made to the political structure of the region. What was most important to the people themselves, their faith, was in danger of being ignored.

JF: In two sentences, what is the argument of One Small Candle?

FB: The congregation of believers commonly referred to as the Pilgrims was formed and shaped by English lay men and women of faith who moved first to the Netherlands and then to New England in order to continue their search for a further reformation. The example and advice they provided to the early settlers of Massachusetts determined the character of the new England Way of puritan church practice.

JF: Why do we need to read One Small Candle?

FB: Despite the best efforts of many scholars the popular perception of puritans is that they were steeple-hatted killjoys with dreadful fashion-sense who persecuted dissenters, and executed witches. These assertions are all exaggerated to various extents, but the fact is that most attention to the puritans (including the “Pilgrims”) focuses solely on the negative aspects of their beliefs and practice. In terms of legacy they are mistakenly portrayed as the source of modern evangelical conservative politics. While acknowledging the warts, I wanted to explore some elements of the story that are worth our consideration. Their belief in lay empowerment contributed to forms of participatory government in congregations, towns, and other political entities. Their belief in the importance of reading scripture led them to require all–men and women, servants and slaves–to be taught to read. Their openness to “further light” made them less dogmatic than most of their religious contemporaries, though not as open to diversity as we are. Their commitment to the welfare of the larger community as opposed to individual self-advancement provided a model social gospel, though one limited to their own small society.

FB: I have been interested in stories of the past for as long as I can remember. Short summer vacations in New England when I was a child focused my interest on that region. When I developed a taste for theology as an undergraduate at Fordham University, that, combined with my New England interest, made puritanism an attractive field of study. While I have taught courses on numerous aspects of American History, I consider myself a religious historian of the early modern Atlantic world. I have been studying, restudying, lecturing and writing on puritanism in the Atlantic world for over fifty years. Most of my teaching was directed at undergraduates and in my books I have tried to explain complex notions in a way accessible to ordinary readers, because I believe that knowing about and thinking about the past helps us to be better citizens.

FB: In recent years I have found myself reconsidering some of the assumptions about early New England and puritanism that I had adopted from the work of earlier scholars and promulgated myself. The results have been reflected in some of my recent works. In keeping with this revisiting of familiar views, I am reconsidering the role of women in the development of puritanism. While the “virtuous wives” written about by Laurel Ulrich and the radicalism of figures such as Anne Hutchinson and Mary Dyer are part of the story, I am more interested in the women who formed congregations by attesting to covenants, who helped other believers understand the state of their own souls by sharing their professions of faith, who prophesied in formal and informal church settings, who wrote religious treatises, who voted in congregational meetings, and–in England–actually preached publicly.