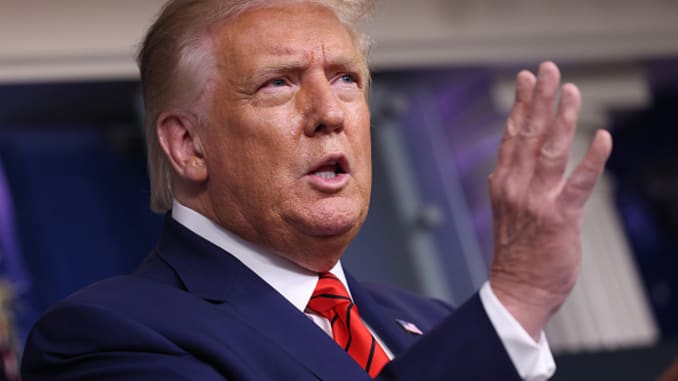 Monday, August 31, 2022, in Trumpland began with news that House Minority Whip Steve Scalise, a Louisiana Republican and Trump supporter, doctored a video to make it appear that Biden wants to defund the police. I am expecting Scalise’s GOP colleagues, including the court evangelicals, to mount a full-fledged assault on him for misleading the American people and promoting “fake news.” 🙂

Today Trump will be in Kenosha, Wisconsin despite the fact that governor Tony Evers has asked him not to come. Evers believes that a visit from Trump will only bring more division to a city experiencing racial unrest in the wake of Jacob Blake’s shooting and the Kyle Rittenhouse shooting incident that left two people dead.

Trump will not visit with the Blake family today. He claimed that the reason they will not meet is because the Blake family wanted to bring lawyers. Other reports suggest that Blake’s father has no interest in meeting with the president. And who is this “pastor” that Trump spoke with?

Kayleigh McEnany, the White House press secretary, refused to say that the president condemns the shooting of Jacob Blake or the the Rittenhouse shootings. How hard is it to condemn this? And if he won’t condemn these shootings, why is he going to Kenosha today? What message can he possibly deliver to the people of Kenosha that will bring any sense of healing? Oh, I almost forgot, we are talking about Trump. He doesn’t understand the idea of communal and social healing.

Joe Biden was in Pittsburgh yesterday and he also had a few things to say about the racial conflict in America:

Biden sounds like a “law and order” candidate here. But wait, I thought Biden was a radical socialist who supported violence and thuggery in the streets?  🙂 My favorite line from the speech: “Ask yourself, do I look like a radical socialist with a soft-spot for rioters? Really?”

After listening to Biden speak, Trump called a press conference to respond. He called Biden’s speech “strange” and then described a speech that sounded virtually nothing like the one Biden delivered:

Trump then decided to use his press conference riff on American history in schools. He claimed that our nation’s schools were engaging in “left-wing indoctrination.” Of course we have been hearing about this for a long time. But Trump offered some specifics. He said that students were learning that “America is a wicked nation plagued by racism.” Two quick thoughts on this. First, history teachers are not doing their jobs correctly if they are using morally-charged words such as “wicked” to describe the United States.  Second, history teachers are doing their jobs well if they are calling attention to the “racism” that has “plagued” our country.

Trump wants to restore “patriotic education” to our nation’s schools. This may not be a bad idea. A patriot–someone who loves their country–will acknowledge its successes and its flaws.

Trump defended his supporters shooting paint balls and pepper spray at protesters in Portland. He described them as engaged in a “peaceful protest.” In case you missed what happened:

He also refused to condemn the Rittenhouse shootings.

As has been the case since 2016, it is virtually impossible to distinguish the voice of the court evangelicals from the voice of Trump. If aliens landed on this planet and knew nothing about American politics or American religion, they would assume that there was no difference between the Christianity promoted by the court evangelicals and the rhetoric of Donald Trump:

Thank you @johnmacarthur for publicly stating what is patently true. https://t.co/aUZKk48RNa

Democrats are the party of arson, riots, looting, and lawlessness.

My latest in @DailyCaller:

Biden, his radical left handlers, and Kamala Harris, are a lethal cancer to our American way of life and want to replace freedom with socialism, and have defamed and vilified our law enforcement heroes as “the enemy.” https://t.co/ZV5H80TSJZ

Biden seems to be saying that if he doesn’t win his supporters will destroy the cities currently controlled by his party. What a platform to run on! @realDonaldTrump https://t.co/D5xE0QgAq8