Last night I thought Franklin Graham offered a good opening prayer to kick-off the last night of the GOP convention. Today he sat for an interview with David Brody of the Christian Broadcasting Network. At times Graham tried to be bipartisan, but in the end this was pure court evangelicalism. This idea that the socialists (and other secular enemies) are coming to close our churches has a long, long history in American evangelicalism. As I wrote in Believe Me, evangelicals said the same thing about Thomas Jefferson in the run-up to the election of 1800. On another matter, it is disingenuous for Graham to claim that he is “just one man” and does not speak for a significant portion of American evangelicalism. There are white evangelicals who hang on every word he says.  Watch:

Court evangelical Eric Metaxas showed us how to blind-side a protester and backpedal to safety. In this August 22, 2020 interview, Metaxas talks with fellow court evangelical Greg Laurie about “the role of virtue in the public square.” Metaxas notes how Jackie Robinson and Rosa Parks were known for “turning the other cheek.” He laments the way “rage” and “violence” are “setting the [Christian cause] backward and confusing people.” He even speaks of non-violence as a Christian virtue. This 15-minute interview is interesting (to say the least) in light of what Metaxas did last night. Jab and move, jab and move.

Jack Graham ran into some trouble last night, along with dozens of other court evangelicals:

About 150 faith leaders were invited to the Presidents speech and afterwords we were confronted by Marxist, leftists, thugs….filthy blasphemous infidels. We saw with our own eyes and up close the evil of the anarchists and anti Christ lawlessness The insanity has to stop

Two things are going on in this tweet. First, Graham’s story appears to be true. I am not sure how Graham was able to interrogate the “thugs” and “infidels” about their political ideology (Marxism), but he is right to suggest that this kind of harassment needs to stop. Second, Graham is playing to the base. He did not punch the protesters like Metaxas did, but Graham is obviously hoping his tweet will serve Trump politically by scaring evangelicals to pull a lever for the president in November.

If I recall correctly, in the New Testament Jesus stopped on the road to Golgotha with the old rugged cross on his shoulder and called his tormentors “thugs” and “infidels.” He then asked God to stop the insanity.

The same goes for Paula White:

150 faith leaders were invited to be with @realDonaldTrump last night as he addressed the country. As we left the WH, marxist, leftists, “Wanna be Che Guevara’s” bullies threatened everyone – women, elderly, no limits! Vulgar! In our face, harassment! NO MORE! Stand up- ENOUGH

The socialist Biden Democrats hate Trump and his supporters. The America first Trump movement loves the USA. Where do you stand?@realDonaldTrump #GOPConvention2020 #SocialismKills #KAGA #KAG2020TRUMPVICTORY 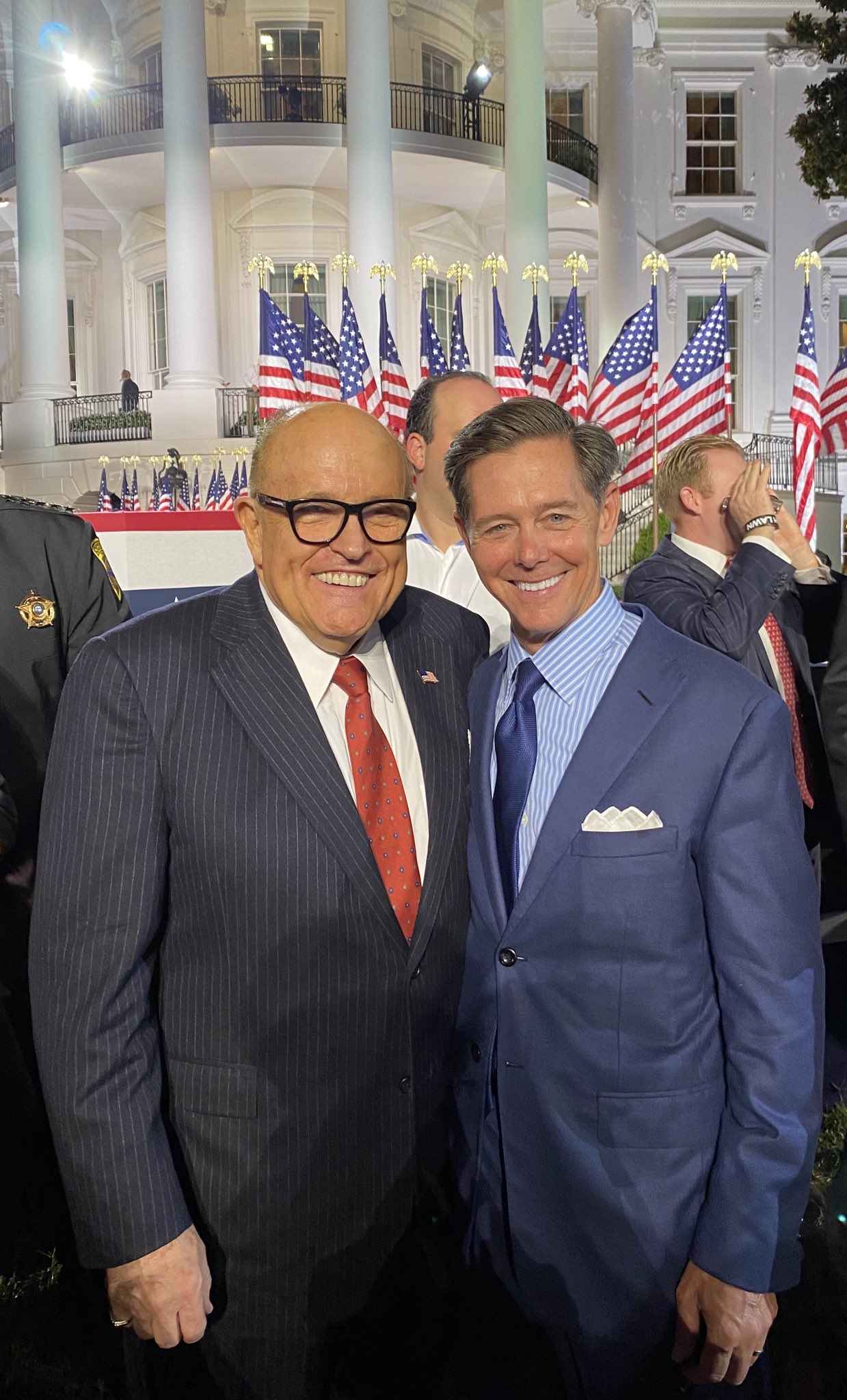 Robert Jeffress spent some time at the court today:

And then he talked with Lou Dobbs about it. There is no one “kinder and more gracious” than Donald Trump “and that’s what “makes him such an effective leader”: