I got back from teaching today and learned that court evangelical Eric Metaxas, after a night at Trump’s court, threw a punch at an anti-Trump protester on a bike and then backpedaled away.

Warning: The protester is using some pretty foul language.

Here’s the video of him being punched and the senator running away. Keep eyes on upper left hand corner of screen. pic.twitter.com/CYEgbOOUTP

This tweeter thought it was a senator. Nope. Here is Metaxas earlier in the evening. I don’t think many people at Trump’s RNC convention speech were wearing a blue double-breasted jacket, pink shirt, and white pants. Here’s another look: 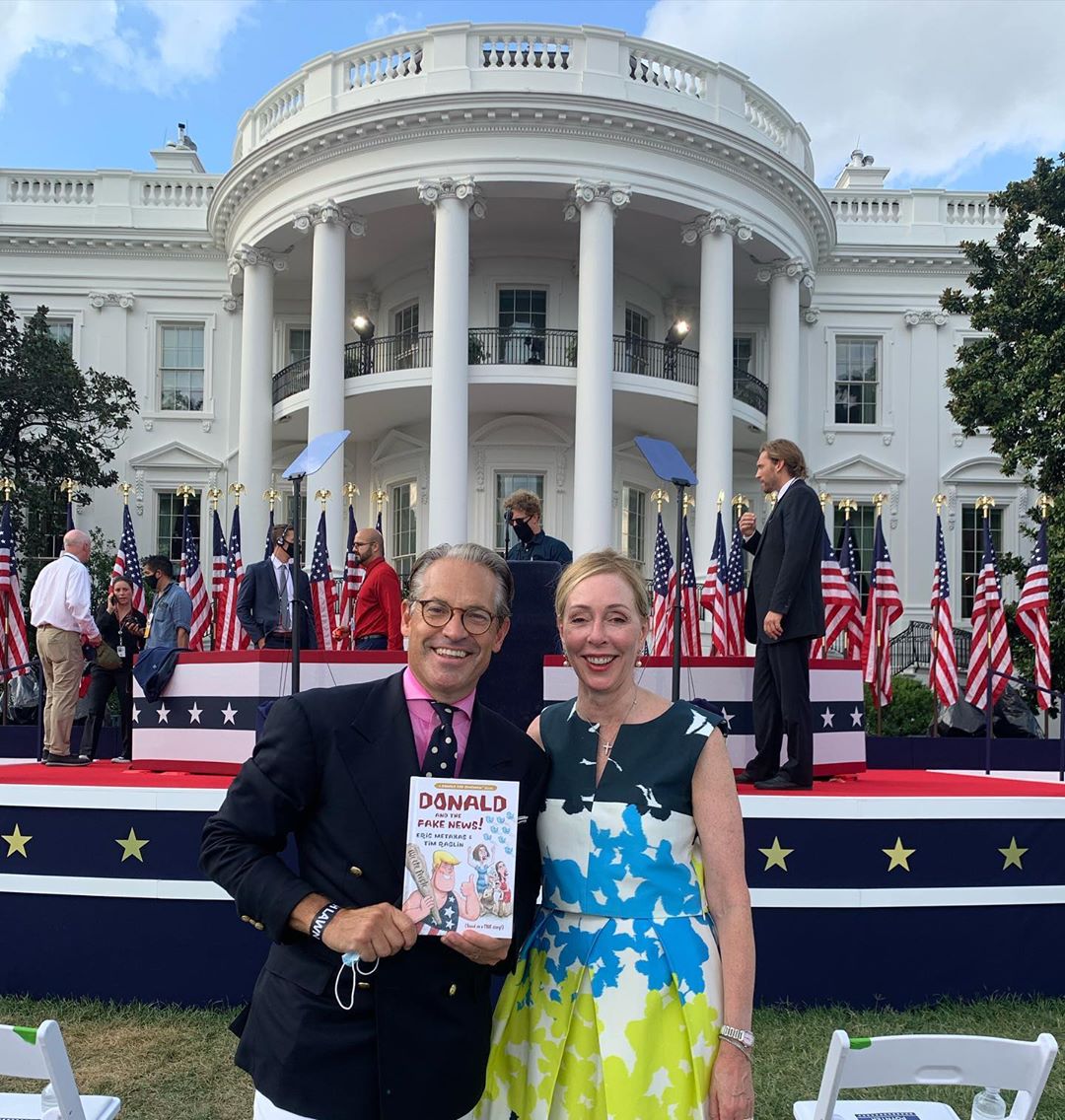 More on this as it unfolds. I am guessing the Trumpers will love this. Let’s see how his bosses at the conservative Salem Radio respond to him assaulting a protester. Get ready for the Metaxas spin.