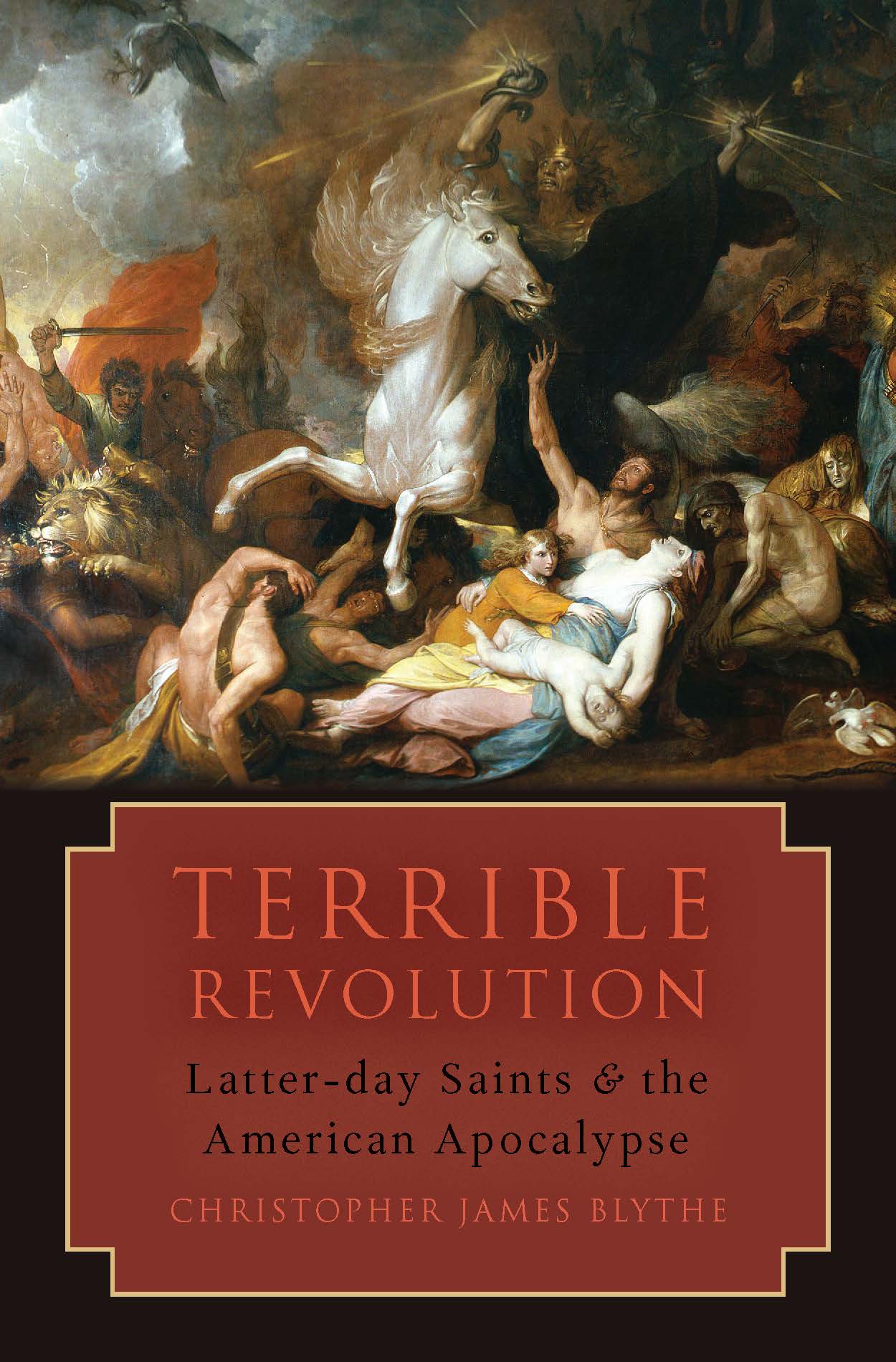 Christopher Blythe is Research Associate at the Maxwell Institute’s Laura F. Willes Center for Book of Mormon Studies at Brigham Young University. This interview is based on his new book, Terrible Revolution: Latter-day Saints and the American Apocalypse (Oxford University Press, 2020).

JF: What led you to write Terrible Revolution?

CB: I have a deep interest in how different communities have interpreted the Book of Revelation for their times and situations. Obviously, throughout the history of Christianity there have been varied interpretations of millennialism–what I tried to do was zero in on this particularly last days minded church and see how these ideas develop and circulate. I noticed that treatments of Latter-day Saint apocalypticism focused almost exclusively on the Church’s leadership and official statements. So, I set out to discover the voices of the laity and by the end of my research, I had collected hundreds of diaries and letters that included lay prophecies, visions, dreams, and so on. It presents a very different and more complete story.

Terrible Revolution is based on a dissertation I completed five years ago under the supervision of John Corrigan at Florida State University. His encouragement also led me to research this topic and write this book.

JF: In two sentences, what is the argument of Terrible Revolution?

CB: Terrible Revolution argues that nineteenth-century apocalypticism developed in the Church of Jesus Christ of Latter-day Saints in response to a hostile relationship with the federal government of the United States. The Church hierarchy encouraged an emphasis on apocalyptic judgments during this period, but following Utah statehood, they came to carefully police these ideas when propagated publicly by members of the laity.

JF: Why do we need to read Terrible Revolution?

CB: If this was 2019, I would say that the greatest contribution of Terrible Revolution is its study of lay Latter-day Saints and how they have come to reserve some ideas and experiences to a private sphere. In 2020, I think people need to read this book because it shows how many Americans use an apocalyptic lens to make sense of widespread anxiety. This is certainly true of the current pandemic, but it has been true of earlier moments as well. For those who do want to read it, for the next several months, it can be purchased for 30% off when ordering from Oxford University Press with the code: AAflyG6.

CB: As a teenager in the mid-1990s, I began to read diaries from the Latter-day Saint past collected on a website–just for fun. I can remember how excited I was to find that I could lay out multiple sources for the same event and see how perspectives varied. A big part of my own passion for history is because I think the process is so rewarding and enjoyable. I decided to direct my work towards “lived religion” or “vernacular religion” after discovering Robert Orsi’s Thank you St Jude and David Hall’s Worlds of Wonder; Days of Judgment. Orsi and Hall beautifully modeled how to write about the way religious belief played out in individual lives.

CB: I’m working on a couple books right now, but the one I am most excited about at the moment is a reception history of George Washington’s vision. This vision was first written during the Civil War as a fictional account of Washington’s encounter with an angelic guide at Valley Forge. The angel would show him the Revolutionary War, the Civil War, and a future foreign invasion on American soil. This short text has re-emerged numerous times among American religious groups, who often assumed this was an actual account of Washington’s experience. I look at how this vision was embraced by Catholics, Pentecostals, Latter-day Saints, and others, who each found their own meanings within the story, while also buttressing their American identities.