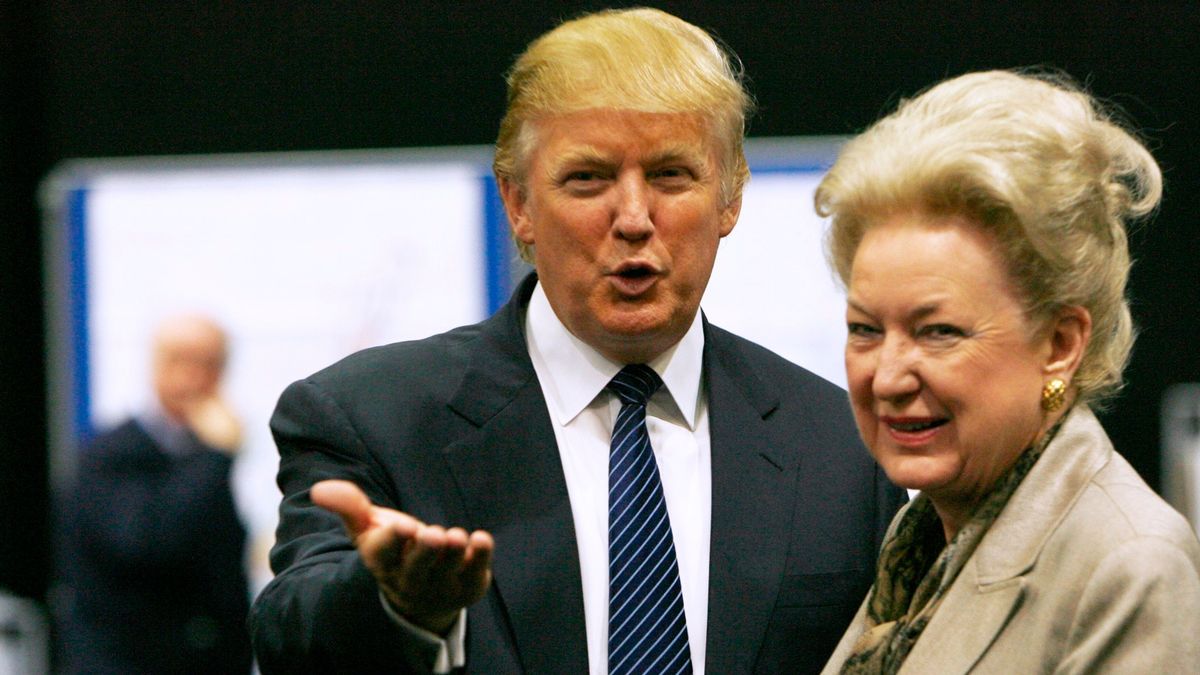 Things seem to be business as usual in Trumpland.

Last night we learned that Donald Trump’s sister, retired federal judge Maryanne Trump Barry, had some choice things to say about her brother. Let’s be clear. She didn’t say anything that we didn’t already know about this president.

Readers of this blog might be interested in Maryanne Barry’s comments about the president’s political base: “All he wants to do is appeal to his base. He has no principles. None. None. And his base, I mean my God, if you were a religious person, you want to help people. Not do this.”

The White House released a statement regarding the comments made by the president’s sister. It read: “Every day it’s something else, who cares. I miss my brother, and I’ll continue to work hard for the American people. Not everyone agrees, but the results are obvious. Our country will soon be stronger than ever before.”

It is the eve of the Republican National Convention and the convention website has very little information about what is going to happen. We do, however, finally have a list of speakers. The Trump family will be filling a significant number of speaking slots.

Trump is still tweeting about God.

He is still obsessed with the pledge of allegiance:

Two Democrat Caucus Meetings removed “UNDER GOD” from the Pledge of Allegiance. It sounded not only strange, but terrible. That’s where they’re coming from!

For a full treatment of what happened read this post from yesterday.

This tweet, of course, is a blatant attempt to win the votes of evangelicals in November. But it also tells us what Trump really thinks about evangelicals. He believes that we will gravitate to any political candidate who mentions the name of God. We will blindly follow the sound of the “We want God” mantra–like zombies–into the voting booth. Sadly, this may actually be the case for many of my fellow evangelicals.

The court evangelicals seem to welcome Trump’s appeal to his base. This morning a megachurch pastor in California turned his pulpit over to Charlie Kirk of Liberty University’s Falkirk Center:

TOMORROW I am speaking alongside my pastor, Rob McCoy in Thousand Oaks, CA

The tyrants have tried to criminalize Pastor Rob for worshipping Jesus.

Send a message! Show up tomorrow in big numbers! https://t.co/KyQfBe10V8

I wonder what Kirk will say. Perhaps some of his most recent tweets (last 24 hours) will make it into his Lord’s Day sermon:

It is a disgrace to millions of fans, students, and athletes that the cowards at the Big 10 and PAC12 cancelled football this year

Jesus is the answer. ALL CHURCHES MUST OPEN! Tyrants are losing. Pastors, it’s time to stand for TRUTH!

Where is the activist media?

There would be ENDLESS coverage of this story if the roles were reversed—why do Democrats keep getting away with this?

Remember that in November.

MUST WATCH:@realDonaldTrump is the ONLY candidate who deserves your vote this November.

Self-pointed prophet Lance Wallnau is still talking about Kamala Harris as a “Jezebel” (and hawking a book).

.@JoeBiden says he will be, “an ally of the light.” But he doesn’t defend the unborn even though his Catholic faith teaches him to do so. @realDonaldTrump has majority evangelical support because his positions line up more directly with traditional biblical policy positions. https://t.co/2E3jNkhcyo

I am curious about what Brody means by “traditional biblical policy positions.” Most evangelicals didn’t really see abortion as a political issue until the mid-1970s.

Robert Jeffress was on Fox News this morning.

First, he seems to believe that one can “remove God” from public life. It this theological possible? I think most evangelicals, myself included, believe God is bigger that this.

Second, Jeffress also ignores the fact that the Pledge of Allegiance was recited every night at the DNC convention with the phrase “under God” included. But why would the pastor bring this up when he can twist the truth for political advantage?

Third, Jeffress implies that people of faith in the Democratic Party are not true Christians.

Fourth, Jeffress continues to promote this idea that abortion is the only political issue evangelicals should be concerned about. Perhaps he should read conservative evangelical David French’s column today in which he challenges this idea.

Stay tuned. Classes start this week at Messiah University, but I still hope there is time to watch the GOP convention and write a few words.