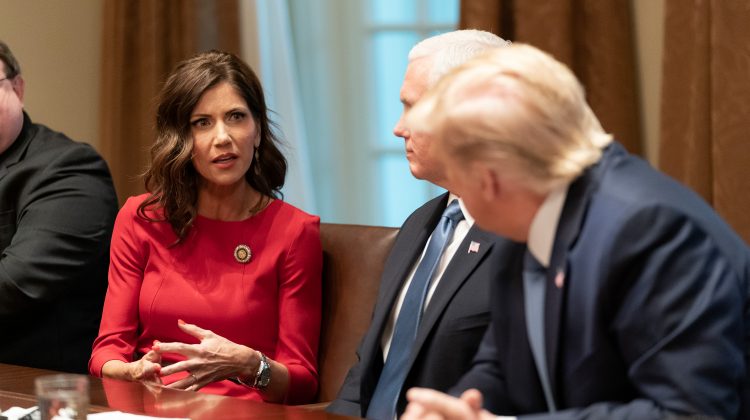 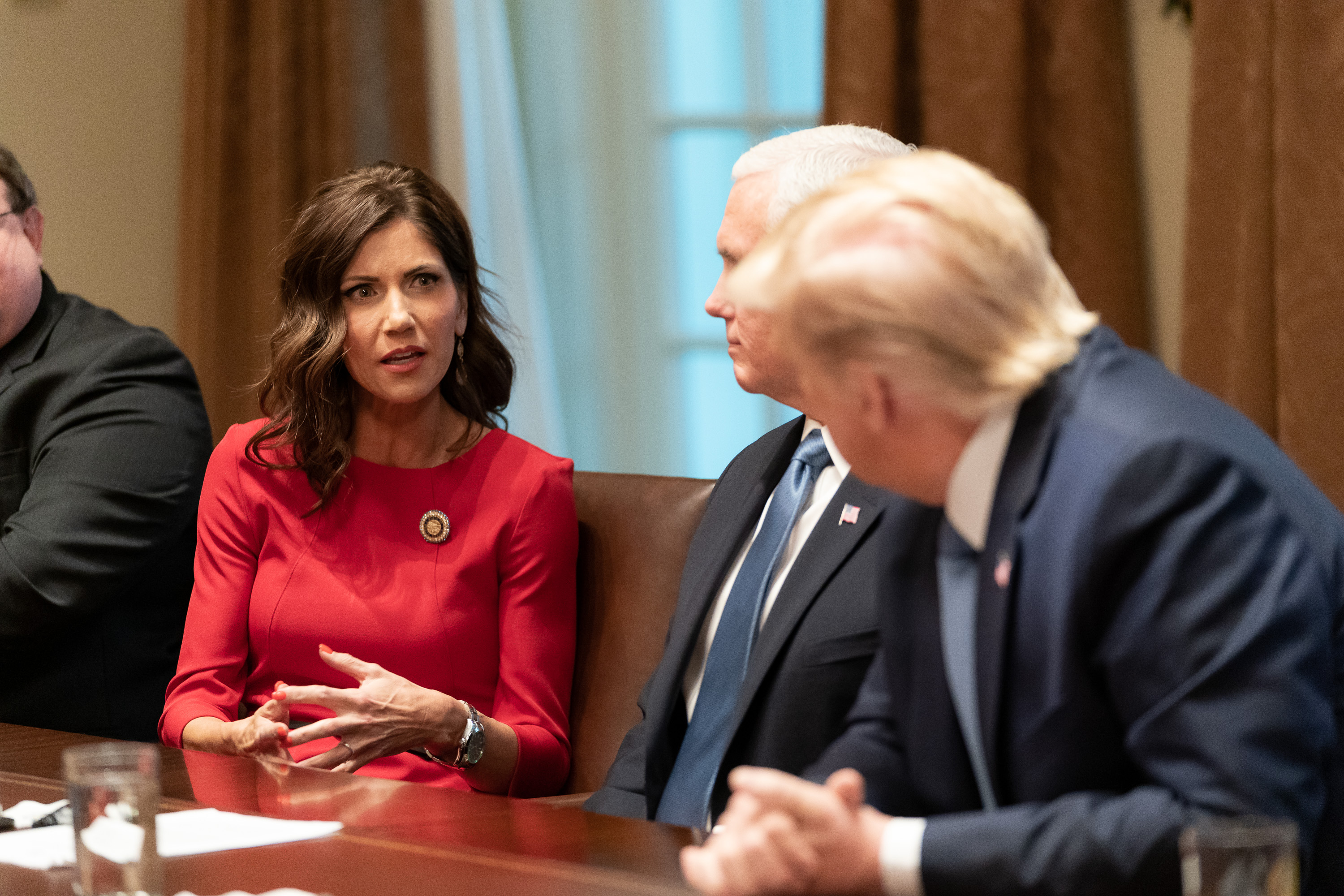 This is a fascinating story from The New York Times reporters Jonathan Martin and Maggie Haberman. It appears that the Trump White House reached-out to South Dakota governor Kristi Noem about the “process to add additional presidents to Mount Rushmore.” When Trump arrived at Mount Rushmore for his July 4, 2020 speech, Noem was waiting for him with a “four-foot replica of Mount Rushmore that included a fifth presidential likeness: his.” Three weeks later, Noem flew to Washington D.C. to assure Mike Pence that she was not interested in replacing him on the 2020 GOP ticket. According to the article, Noem’s ambitions are great. She is even taking advice from former Trump campaign manager Corey Lewandowski.

Drawing less attention, but working equally hard to burnish her national profile, is Ms. Noem. The governor, 48, has installed a TV studio in her state capitol, become a Fox News regular and started taking advice from Mr. Trump’s former 2016 campaign manager, Corey Lewandowski, who still has the president’s ear.

Next month, she’ll address a county Republican dinner in Iowa.

“There seems like there might be some interest on her part — it certainly gets noticed,” Jon Hansen, a Republican state representative in South Dakota, said of Ms. Noem’s positioning for national office.

Her efforts have paid off, as evidenced by the news-driving celebration at Mount Rushmore. Yet Ms. Noem’s attempts to raise her profile have not been without complications. And they illustrate the risks in political maneuvering with a president who has little restraint when it comes to confidentiality, and a White House that shares his obsession about, and antenna for, palace intrigue.

To the surprise of some of her own advisers, Ms. Noem flew with Mr. Trump to Washington on Air Force One late in the evening after his Mount Rushmore speech. Joined by Mr. Lewandowski, she and the president spoke for over an hour privately during the flight — a fact that Mr. Trump and some of his aides soon shared with other Republicans, according to officials familiar with his disclosure.

As I was writing this post, I was trying to think of a South Dakota GOP politician with a national profile. Of course George McGovern and Tom Daschle were Democrats.

And is anyone surprised Trump wants to be on Mount Rushmore?