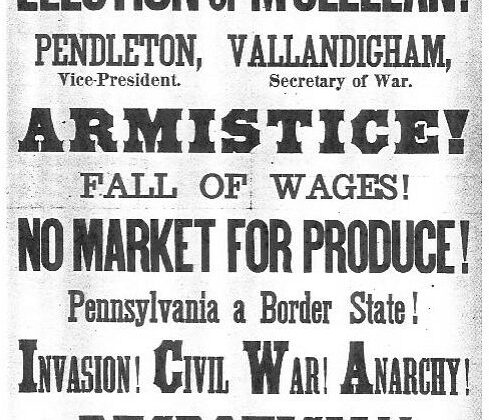 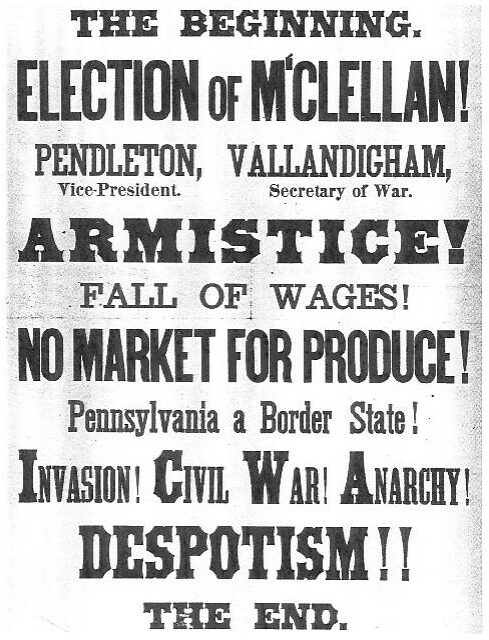 As historian Calvin Schermerhorn writes, the “1864 elections went on during the Civil War–even though Lincoln thought it would be a disaster for himself and the Republican Party.  Here is a taste of his piece at The Conversation:

The outlook was not promising in 1864 for President Abraham Lincoln’s reelection.

Hundreds of thousands of Americans had been killed, wounded or displaced in a civil war with no end in sight. Lincoln was unpopular. Radical Republicans in his own party doubted his commitment to Black civil rights and condemned his friendliness to ex-rebels.

Momentum was building to replace him on the ballot with Treasury Secretary Salmon P. Chase. A pamphlet went viral arguing that “Lincoln cannot be re-elected to the Presidency,” warning that “The people have lost all confidence in his ability to suppress the rebellion and restore the Union.” An embarrassed Chase offered Lincoln his resignation, which the president declined.

The fact remained that no president had won a second term since Andrew Jackson, 32 years and nine presidents earlier. And no country had held elections in the midst of civil war.