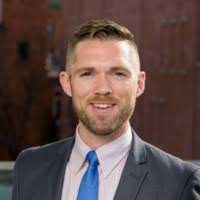 His name is Josh Dickson. He was a leader in Campus Crusade for Christ during his undergraduate days at the University of Michigan. Many of his relatives attended Moody Bible Institute. His Christian faith led him to a job as a teacher in the poor neighborhoods of the South Side of Chicago. He voted for George W. Bush in 2004, but was inspired to become a Democrat by reading Ronald Sider’s Rich Christians in an Age of Hunger and Barack Obama’s Audacity of Hope.

Here are some quotes from Michael Gryboski’s recent Christian Post piece on Dickson:

Dickson believes some evangelicals are moving toward supporting Biden. An example of this, he said, is seeing evangelical leaders’ embrace of the Black Lives Matter movement.

This level of support leads Dickson to conclude that “the real religious issue in this election is fighting systemic racism.” Biden, he said, has an advantage in handling that issue.

I appreciate Dickson’s arguments here. I hope he is right. But I don’t think many evangelicals believe systemic racism is “the real religious issue” in this election.

If the number of white evangelicals who vote for Trump in November 2020 drops below the 81% that he received in 2016, it will be because evangelicals are just tired of Trump’s lies, disgusted with his tweets, and upset with his handling of the coronavirus. They may not like Trump’s racism or his handling of Floyd protests either, but I am not sure they are going to vote for Biden (or not vote for Trump) because they want to fight systemic racism.

Here is more from the article:

When asked by CP about concerns over Biden’s stance on abortion, religious liberty, and similar issues, Dickson responded that “there’s room for disagreement” on these matters.

“I know that not everyone is going to agree with him on everything. We’re a big tent party as Democrats. Joe Biden is someone who is putting forward a vision that is inclusive,” said Dickson. “We want to be working with as many people as possible.”

If Dickson wants to get white evangelicals who voted for Trump in 2016 into the Biden camp he is going to have to do better than this. He needs to get his candidate to say something concrete about the reduction of abortion in America. The numbers of abortions in the country are on the decline and he needs to show how he will sustain this downward trend.

Dickson needs to convince Biden to connect his policies on poverty and systemic racism to the reduction of abortion. If systemic racism is indeed “the real religious issue” in this campaign, then why not bring up the fact that addressing this problem has the potential to lower the number of abortions in America? In other words, Biden should articulate the connection between racism, poverty, and abortion. This will not win over most white evangelicals, but it could secure votes from those who are looking for any good reason to vote for Biden.

Dickson also needs to convince his candidate that our democracy is better when faith-based institutions such as schools, colleges, hospitals, and social service agencies are allowed to uphold their deeply-held religious beliefs about marriage and abortion. Rather than going after faith-based institutions in order to appease the left of the Democratic Party, Biden can win the hearts and minds of many white evangelicals by articulating a more robust vision of pluralism.