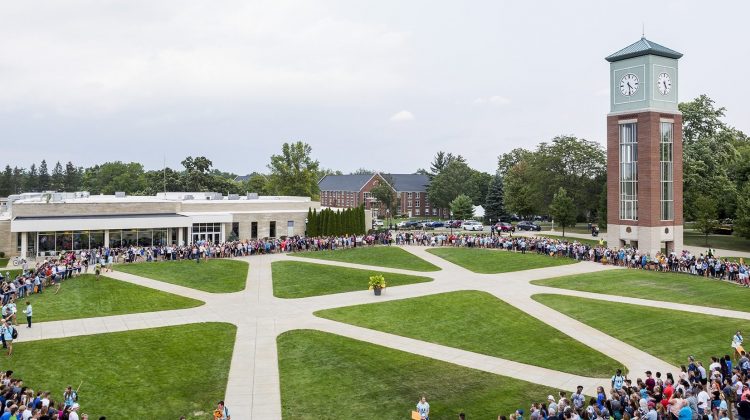 I was surprised last week to be informed that this coming year will be my last at Spring Arbor University. As a result of budget cuts, several faculty are being let go, including some of us with tenure.

The English department is losing two of its members. This was very difficult news to hear as I’ve poured my energies into this place and community over the last 8 years.

There is much that could be said about how and why these decisions were made, but Twitter isn’t the place for that, though I may have occasion to say more later.

I know a few faculty members at Spring Arbor University, a Christian college in Spring Arbor, Michigan. But when I think about this school, I think first about English professor Jeff Bilbro. In the world of Christian scholarship and intellectual life, I have long considered him to be the public face of the university.

Bilbro graduated from George Fox University in 2007. I am guessing that this makes him around 35 years old. He has already published or edited five books. Jeff’s scholarly essays have appeared in Christianity and Literature, Christian Scholars Review, South Atlantic Review, The Journal of Ecocriticism, Milton Quarterly, Early American Literature, Journal of Narrative Theory, Mythlore, and The Southern Literary Journal. I have benefited from his essays on Phillis Wheatley, C.S. Lewis, and Wendell Berry. In addition to his scholarly work, Jeff has published pieces in a variety of popular venues and he currently serves as editor of The Front Porch Republic.

Seldom does one find such a productive and thoughtful Christian scholar. If I was an administrator facing tough faculty cuts, Jeff Bilbro would be on my untouchable list. He would be the kind of professor I would want to rebuild around.

Now he is gone, or at least he will be gone after this coming academic year.

I don’t know all the details of Bilbro’s situation. But I have met Jeff, corresponded with him, and share several mutual friends. I can attest that he is a kind, genuine, and gracious Christian scholar who cares deeply about the mission of Spring Arbor and Christian higher education.

What does Jeff Bilbro’s story tell us about Spring Arbor University?

More importantly, what does this story tell us about the fate of some of our brightest Christian intellectuals working at Christian colleges?

Sadly, we are going to see more of this.