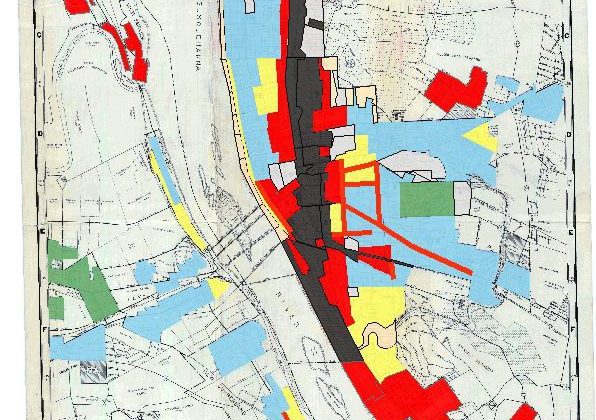 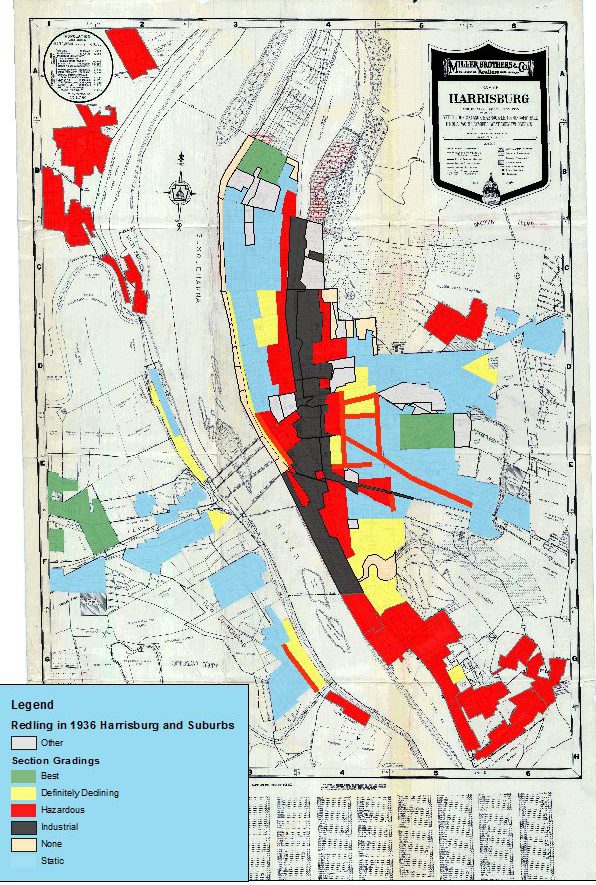 Our history students at Messiah University are doing some great work as part of the Digital Harrisburg Initiative.

An exhibit on the Home Owner’s Loan Corporation‘s redlining of Harrisburg in 1935-1936, with primary reports of the commission, a list of resources, and an interactive story map was recently published at the Digital Harrisburg website.

The documents were originally found by my colleague Bernardo Michael. Students (now graduates) Rachel Williams and Sarah Wilson digitized the maps two years ago. And our friends at Harrisburg University helped us launch the Story Map.

The interactive map shows the original language used by surveyors to zone Harrisburg and its surrounding boroughs and townships and includes links to original photographs. The exhibit also provides a good foundation for understanding the history of racial segregation in the city.

I thought about this redlining project today when I heard Donald Trump speaking at the White House:

This part of Trump’s speech wreaks of segregation, red-lining, and racist dog-whistling:

He’s not even hiding it any more.

Here is some more history: