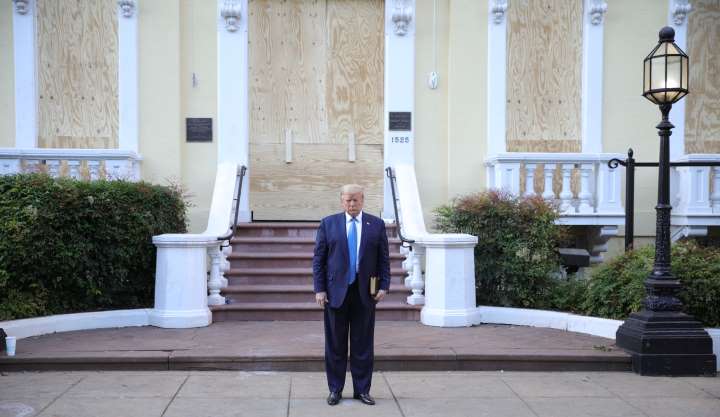 Over at a website devoted to “contemporary evangelical perspectives for United Methodist seminarians,” Mark Gorman, a Methodist pastor and theology professor, has expanded the idea of “court evangelical” beyond evangelicalism.

Here is a taste of his piece, “Court, Evangelicals, Court Protestants“:

It does not take a cynic to wonder whether some of the outrage directed at the forty-fifth president should be redirected toward the churches and denominations that have spent decades, or even centuries, fostering the kind of conditions that result in a congregation proclaiming itself the “church of the presidents.”

I say “churches and denominations” because I know full well how United Methodists, and our predecessor denominations, have insinuated ourselves into a similar position as St. John’s and the Episcopal Diocese of Washington. We have welcomed with open arms presidents and other figures of great political power, regardless of their moral character or the consistency of the policies with Christian teachings, and we have been sure to let the world see this casual familiarity.

In so doing we have tried to convince ourselves, and others, that we might somehow influence these figures, might redirect their efforts to the benefit of all. Historian John Fea has aptly identified prominent evangelical supporters of the current president “court evangelicals,” but (United) Methodists, Episcopalians, and other mainline denominations could just as easily be called “court Protestants” of presidential administrations in general.

I told the story of this kind of “court Protestantism” (although, of course, I did not use the phrase) in the latter chapters (covering the first half of the 20th century) of The Bible Cause: A History of the American Bible Society.