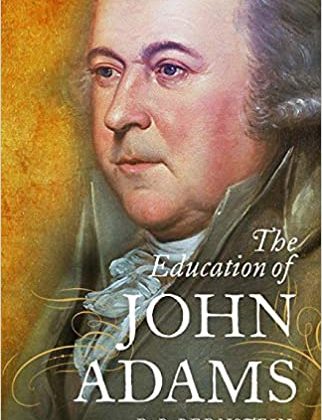 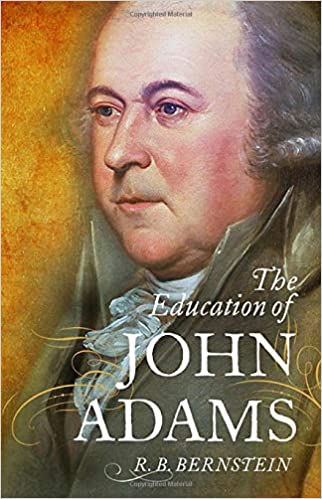 R.B. Bernstein is a Lecturer in Political Science at the City College of New York and teaches in the Skadden, Arps Honors Program in Legal Studies at the Colin Powell School of Civic and Global Leadership. This interview is based on his new book, The Education of John Adams.

JF: What led you to write The Education of John Adams?

RBB: I often tell people that the source of my desire to write a book about John Adams was the coincidence of a movie and a mentor. In 1971, I saw the movie 1776, and I was captivated by William Daniels as John Adams and the late Virginia Vestoff as Abigail Adams.  That movie got a lot of us into the history field from the generation who are now in their late 50s and early 60s. But that wasn’t enough. Was what was enough was a chance remark by my mentor, Henry Steele Commager. I was helping him with the proofs of his book Empire of Reason, a study of the European and American enlightenments in which John Adams played a prominent role. Suddenly he looked at me and said, “Young Bernstein you should write a book about John Adams.” I took it as a mandate, and I promised myself that I would fulfill it.  To be candid, there was a third cause. In 2001, I bought and read John Adams by David McCullough. And I was profoundly disappointed, in particular because it did not make sense to me that so large a book left his ideas on the cutting room floor. I vowed to do better.

JF: In two sentences, what is the argument of The Education of John Adams?

RBB: In understanding John Adams, we must understand his ideas and his character and how the two influenced each other. I have tried to write a biography that takes both aspects of his life seriously and that shows how they are related.

JF: Why do we need to read The Education of John Adams?

RBB: You should read my book on John Adams because I have sought to bridge the gap separating the two prevailing treatments of him. Most studies of John Adams look at his character without his ideas, and most of the rest look at his ideas without his character. I have tried to show how both his ideas and his character shaped and reflected each other. I have also written a concise book that will not put too many demands on the reader, a book that I also worked very hard to make as clear and direct as possible and as free from scholarly jargon as possible.

RBB: I have been interested in American history as long as I can remember. It was a matter not of choosing to be interested in history but of choosing which era of US history to be interested in and which kinds of issues and problems seemed to me most worth exploring. That is why I ended up as a constitutional and legal historian seeking to understand the era of the American revolution and the nation’s founding. I am pretty sure, for example, that I am the first biographer of John Adams with legal training and experience, which helped me to understand more deeply this man of law.

RBB: I actually have a few projects in view. I am writing two short books on Alexander Hamilton and Thomas Jefferson for the Oxford University Press series Very Short Introductions. After that, I will turn to writing The Man Who Gave Up Power: A Life of George Washington. That book rounds out a trilogy on the first three presidents of the United States. I also plan to write a modern biography of John Jay and a monograph on the First Federal Congress.