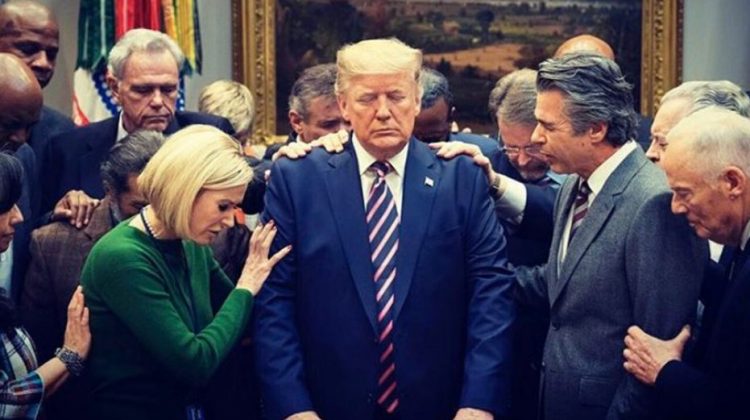 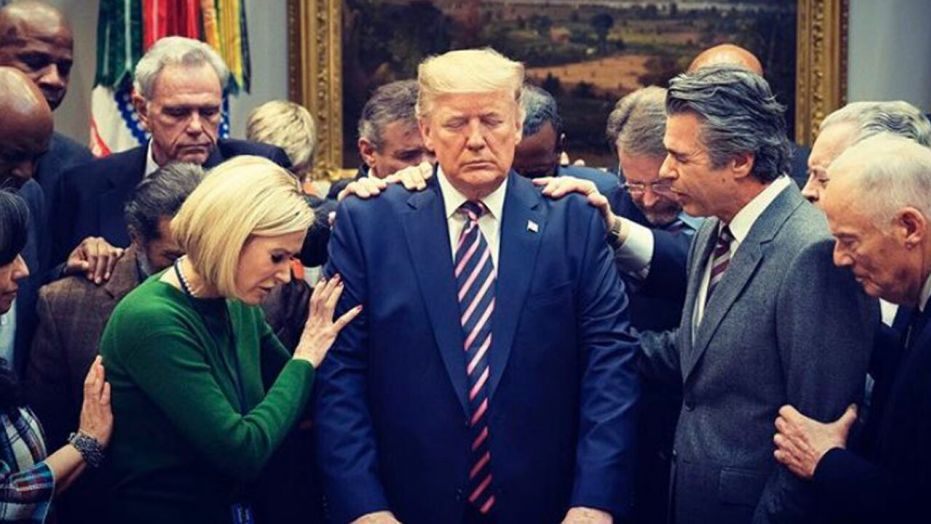 Newt Gingrich is on the Eric Metaxas Show today talking about his new book Trump and the American Future. Gingrich says that 2020 will be the most consequential election since 1860. Gingrich has been using this line (or something similar) for a long time. He probably does not remember that he said the exact same thing about the 2016 election (go to the 1:55 mark of this video). And before that he said the exact same thing about the 2012 election. In 2008, he said the outcome of the election “will change the entire rest of our lives.” In 1994, he said that the midterm elections “were the most consequential nonpresidential election of the 20th century.” Every election is consequential. How long are we going to listen to Gingirch before we call this what it is: fear-mongering. Metaxas, an evangelical Christian, is facilitating this.

Midway through the interview, Metaxas’s binary thinking kicks-in. He continues to see everything through a culture-war rhetoric. In his Manichean world view, there are only two options: “Marxism” or something he calls “a Judeo-Christian American Western ethic.” Either Metaxas is incapable of nuance or else he is catering to the black-and-white thinking of his audience. I would put my money on the later.

Let’s remember that Western Civilization brought the idea of human rights and freedom to the world. Western Civilization birthed the ideals that ended slavery in much of the world. It also failed to provide human rights and liberty to people of color. We are still living with the results of these failures. It is called systemic racism. Two things can be true at the same time, but as Metaxas and the folks at Salem Radio know well, complexity does not lead to good ratings.

The discussion moves again to monuments. As I said yesterday, when people tear down monuments indiscriminately it only provides fodder for the paranoid style we see in this Metaxas-Gingrich interview. Metaxas once again says that the tearing down of statues is part of a spiritual assault against God. At one point, he applies this thinking to “all monuments.” Gingrich connects the tearing down of monuments to the decline of Western Civilization.  Gingrich has been saying the same thing for over thirty years.

In other court evangelical news, Richard Land needs to stop pontificating about early American history. This “New England writ-large” way of thinking about colonial America not only fails to recognize the intolerance and racism of Puritan society, but it also reads Winthrop’s “City on a Hill” speech through the lens of Ronald Reagan’s 1989 farewell address to the nation. Here is Land:

1/3 These revolutionaries — and that’s what they are — want to delegitimize America’s heritage and culture. They are defaming America as an illegitimate concept and project from the beginning, fatally compromised by slavery and racism rather than being the Puritans’

2/3 “city on a hill” and a revolution that declared and asserted the belief that “all men are created equal, that they are endowed by their Creator with certain unalienable Rights, that among these are Life, Liberty and the pursuit of Happiness.” And while we are still

By the way, if you want some good history about New England as a “city on a hill,” I recommend:

Fox’s Laura Ingraham is quoting from Tom Paine’s The Crisis. I am not sure Paine, who was a revolutionary who championed women’s rights, anti-slavery and the working class, would appreciate being invoked by a Fox News host. Let’s remember that John Adams thought Paine’s Common Sense was so radical that he called it “a poor, ignorant, malicious, short-sighted, crapulous mass.” In an 1805 letter, Adams wrote:

I know not whether any man in the world has had more influence on its inhabitants of affairs than Thomas Paine. There can be no severer satire on the age. For such a mongrel between pig and puppy, begot by a wild boar on a bitch wolf, never before in any age of the world was suffered by the poltroonery of mankind to run through a career of mischief. Call it then the Age of Paine….

This may have been the most important Angle I’ve ever delivered. I hope you watch “A Call to Patriots.” https://t.co/xPyKMHvorn #IngrahamAngle

Paula White is talking about idolatry (she doesn’t mention nationalism as an idol) and some pretty strange theology:

2 Chronicles 7:14 (NIV), “If my people, who are called by my name, will humble themselves and pray and seek my face and turn from their wicked ways, then will I hear from heaven and will forgive their sin and will heal their land.”#WednesdayMotivation #WednesdayWisdom pic.twitter.com/UCgx7LFqyR

James Robison somehow managed to turn an encouraging word to his followers suffering from COVID-19 into a screed in defense of Confederate monuments, Donald Trump, and Christian nationalism. Satan, in the form of “the Left,” needs to be removed from the United States! Watch it here.

The CDC and Tony Fauci are warning against July 4 gatherings. But Liberty University’s Falkirk Center is not:

How are you celebrating Independence Day this year? We recommend wearing lots of ?⚪️?, having an American BBQ, & watching fireworks to celebrate America & freedom from tyrannical government! Share your Independence Day photos with us this weekend and use #PatriotMonth ?????? pic.twitter.com/W7DxQ5TGbg

I don’t know whether to laugh or cry when court evangelicals talk about “truth.” This is from the Falkirk Center’s Facebook page:

Much of the modern day church has fallen victim to the woke mob’s revised Christianity- where “compassion” has replaced truth as the more important moral aim. While we are called to speak the truth in love, we are not called to entertain lies simply because it may make someone feel better. Too many Christians have compromised on this in order to be culturally relevant and to be seen as favorable and kind. We must weed out this self-glorifying corruption in the Church and speak boldly for what we know to be true.

This is a common straw man argument. No one is saying being an American is synonymous with being a Christian.

But it’s not inconsistent to be BOTH Christian AND American. America is founded on Christian principles.

My tweet said I am a Christian AND I’m proud to be an American. https://t.co/mavKZ2RiSC

Hi Jenna: Let me encourage you to pick-up a copy of this book.  🙂

If Joe Biden couldn’t fix “systemic racism” in eight years serving under a Black President, what makes anyone think he can fix it now?