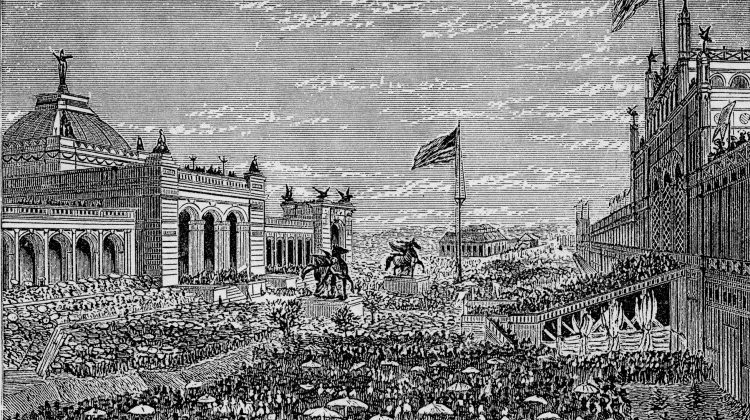 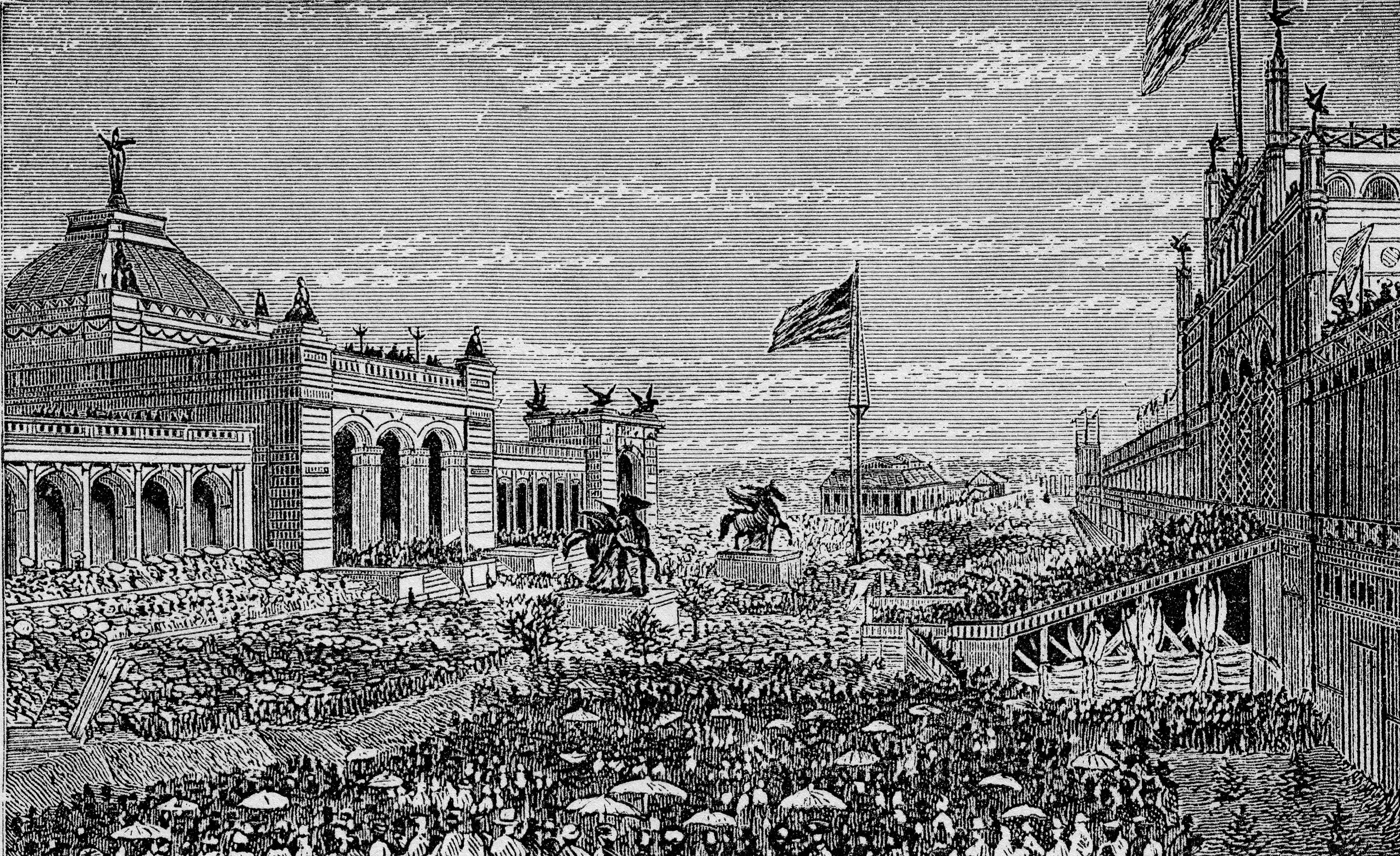 About a decade ago, I was working hard on a book titled “The Greenwich Tea Burning: History and Memory in an American Town.” I came close to signing a book contract, but I got distracted by other things and let things slip. Maybe one day I will finish it. I know that my students who participated in the Greenwich Tea Burning Project will be happy when its done.

One of the chapter of this manuscript deals with the 1874 centennial celebration of the tea burning. As part of my research I read a lot of secondary material on the United States Centennial of 1876. I use a lot of that research when I teach my Pennsylvania History course at Messiah University. I also wrote a bit about the Philadelphia Centennial in The Bible Cause: A History of the American Bible Society.

I thought about all that reading when I saw a recent post at the blog of the American Antiquarian Society titled “Centennial America: Celebrating the Fourth with the Great Buildings of the 1876 Centennial Exhibition.” I amazed at how these kinds of celebrations transformed urban spaces.

This year, we wanted to go big! And it’s difficult to imagine a celebration bigger than the one honoring the 100th anniversary of the signing of the Declaration. (1876 also marks the unofficial cut-off year for our collections, although many of you already know that we have items that go well beyond that!) America is a diverse place, and every town and city has its own rich history celebrating this holiday. As readers might guess, in 1876, Philadelphia was the site of one of the biggest celebrations in the country.

Since this post falls between the start of summer and the Fourth of July holiday weekend, we also wanted to start off our summer the right way, too!  While it’s too early to know what this season holds for us all, summers often bring in fairs, carnivals, and other community events. Is there an event bigger than the World’s Fair?

The Centennial International Exhibition of 1876 was the first official World’s Fair to be held in the United States. Held in Fairmount Park, Philadelphia, from May 10 to November 10, nearly 10 million visitors visited the Exposition! The opening ceremony was attended by President Ulysses S. Grant and his wife Julia along with 186,272 people–110,000 entered with free passes.