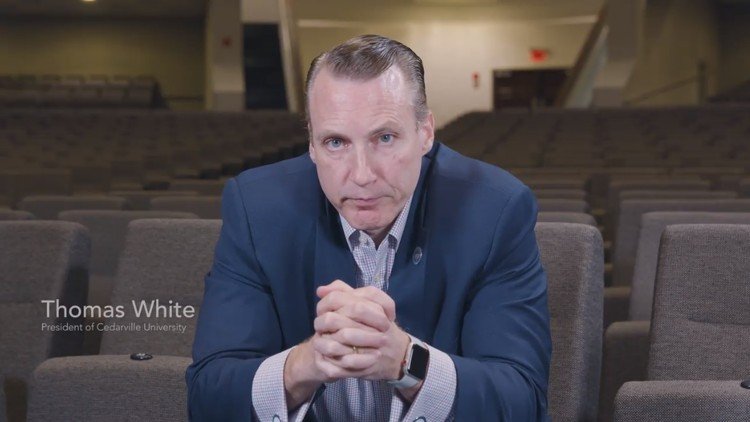 If you want to know what’s happening at Cedarville University, a Christian college in Cedarville, Ohio, read Bill Trollinger at his blog “Righting America.” (What is the scandal at Cedarville? Get up to speed here).

Trollinger’s latest post is titled “A Whitewashing at Cedarville (Even While the Stories Keep Multiplying):

It is significant that not all Board members agreed with the decision to reinstate White. Two of them – the president of Southeastern Seminary and an evangelical pastor/author – have resigned in protest. And the Gospel Coalition – a collection of conservative evangelical churches – has also registered its unhappiness with the Board’s decision, calling White’s reinstatement “deeply and extremely troubling,” in part because “the process of reinstatement fails to provide adequate accountability.”

To be fair, we perhaps should be heartened by the fact that White will be taking classes – taught by whom? – on victim prevention and advocacy.

Will these classes alert White to the fact that his university has a terrible record when it comes to protecting and advocating for women students and faculty, to the point of shaming those who talk about sexual abuse? Will these classes lead White to order his academic Vice President and other administrators that they must begin enforcing Title IX requirements, or will the university continue its inexplicable practice of ignoring these mandates? Will these classes prompt White to reform Cedarville’s Counseling Center so that it is actually a place that cares for and protects students who have been raped and sexually harassed?

In his book, Fundamentalist U, Adam Laats makes the very wise point that fundamentalist schools like Cedarville sell themselves as “safe schools.” All I can say is that, even if I accepted Cedarville’s hardline fundamentalist theology, I could not imagine allowing any of my three daughters to go to Cedarville, a place that is anything but safe for young women.

Of course, this might all change. Thomas White might be transformed by the victim prevention and advocacy classes he is supposed to take.

But White is a Paige Patterson protege. It doesn’t seem like transformation is in the cards. The best bet is that, if White remains as president, it is more of the same at Cedarville.

That said, the remaining members of the Board of Trustees and Thomas White are not the only voices in this struggle. Contingency rules. We shall see.

Read the entire piece here. And let’s remember that not all Christian colleges are the same.