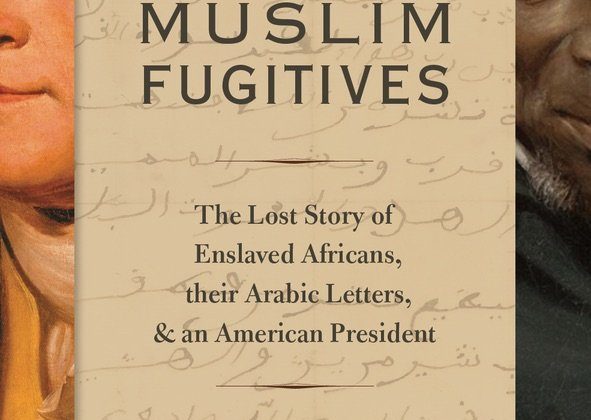 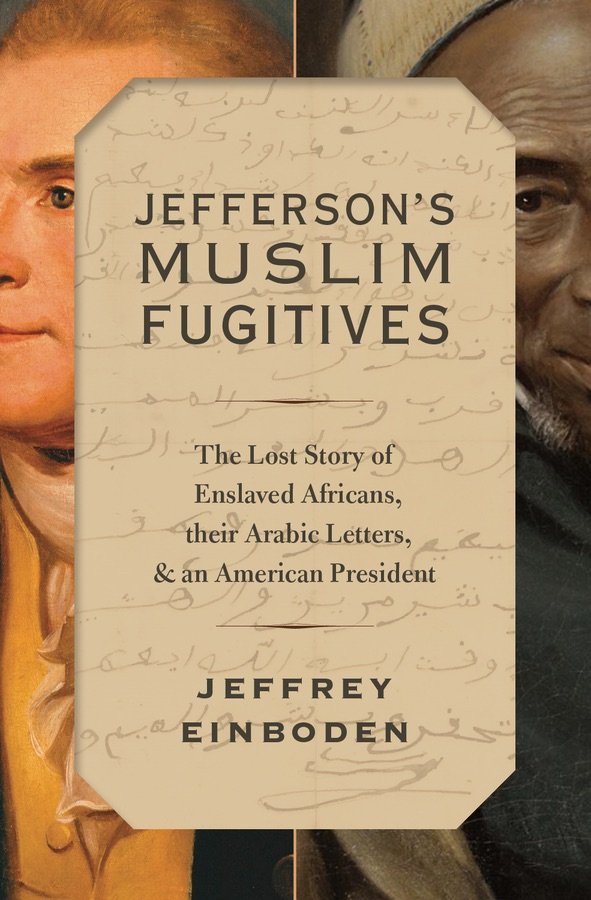 Jeffrey Einboden is Presidential Research, Scholarship and Artistry Professor at Northern Illinois University. This interview is based on his new book, Jefferson’s Muslim Fugitives: The Lost Story of Enslaved Africans, their Arabic Letters, and an American President (Oxford University Press, 2020).

JF: What led you to write Jefferson’s Muslim Fugitives?

JE: Jefferson’s Muslim Fugitives marks the culmination of an archival search spanning the past decade, during which I sought to recover Arabic writings by Muslims enslaved in early America. Crucial to my search’s first years was a 2011 NEH Fellowship, supporting my translation and teaching of such lost manuscripts by enslaved West Africans. To my surprise, I experienced best success in locating these rare and rich sources among the papers of some of the most prominent figures of the early Republic: professors, politicians, and ultimately a U.S. president. This ironic facet of my research process also shapes the book’s narrative, which not only reveals extraordinary acts of authorship by enslaved Muslims, but recounts the improbable dissemination of their Arabic writings, ascending to even the highest halls of U.S. power.

JF: In two sentences, what is the argument of Jefferson’s Muslim Fugitives?

JE: Jefferson’s Muslim Fugitives uncovers the astonishing story that surrounds a date now wholly lost to U.S. history: October 4, 1807–the day that Thomas Jefferson was handed Arabic writings penned by two African Muslims resisting captivity in rural Kentucky. Straddling borders of race, religion and region, the book argues that these Arabic manuscripts formed a vital part of the President’s life-long engagement with Islam, while embodying a broader tradition of literary exchange between enslaved Muslims and the early American elite that has remained largely hidden for two centuries.

JF: Why do we need to read Jefferson’s Muslim Fugitives?

JE: Accessible in style and narrative in structure, Jefferson’s Muslim Fugitives reveals for the first time a range of historic sources that hold urgent contemporary relevance. Straddling polarities–America and Islam; captive West Africans and a U.S. President; the history of slavery and Arabic literacy–the book sheds new light on the fraught legacies of a Founding Father, while also uncovering lost witnesses to a profound heritage of African American authorship. Interweaving manuscript images into its readable account, the book offers direct access to its landmark findings, exhibiting the Arabic sources circulated by Jefferson and his contemporaries, including a previously unseen document from 1788 Georgia, which I identify as the earliest surviving instance of Muslim slave writings in the newly-formed United States.

JE: Looking back, my journey to the field of American History now seems somewhat unlikely. My fascination with the national past was fostered internationally, first sparked during my undergraduate years in Toronto, Canada, and deepened during my graduate work in Cambridge, England. I was most drawn to the field not by traditional topics, but by what seemed lacking in accounts of early America, especially the pivotal but overlooked role played by Middle Eastern languages and literatures in the life of the young Republic. Ironically, it was my early language learning–studying Hebrew, Arabic, and Persian during my degree programs–that proved most decisive for my later pursuit of American historiography, permitting recovery of crucial archival sources that have gone unnoticed precisely due to their Middle Eastern idioms.

JE: I’m currently working on two books, each of which form differing sequels to Jefferson’s Muslim Fugitives. The first is a study of Jefferson and Native American languages, revealing the critical role played by Orientalism in shaping Indigenous philology, as well as the Middle Eastern interests that infuse the first Cherokee and Dakota newspapers during the decades following Jefferson’s death. The second book is a history of Islam’s startling impact on Civil War-era rhetoric, with Muslim idioms and identities helping to define Lincoln’s own life and legacy specifically. Recovering neglected Arabic manuscripts and military records, the book interweaves Civil War memorials of Muslim slaves and soldiers together with the Orientalist portraits of President Lincoln which pervaded U.S. newsprint at the very height of the nation’s defining struggle.