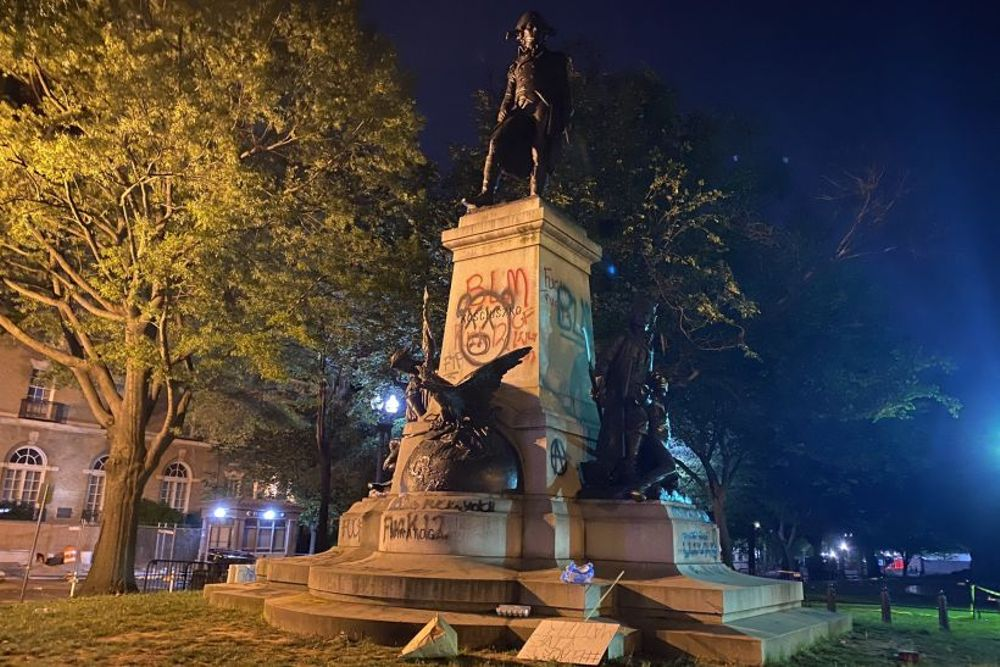 Whether you agree or disagree with him, Wilfred McClay is always thoughtful. If I see his byline at First Things or another conservative outlet, I will always read the article. As one of America’s best conservative historians (not a historian of conservatism, a historian who is politically and intellectually conservative), and a winner of the prestigious Merle Curti Award, he plays an important role in public discourse.

I always learn something from Bill, as I did last Fall when we spent a couple of hours chatting in the Chattanooga airport.  (We talked about a lot of things as we waited for our flights–mostly small talk– but I distinctly remember his suggestion that we should think of the word “evangelical” more as an adjective [as in “evangelical Christian”] than a noun. I am still thinking that one over). I remember when Bill visited Messiah College in 2003 to deliver our American Democracy Lecture and, as a member of the board of the National Endowment for the Humanities, gave us some tips about how to get funding for our Center for Public Humanities. (We eventually landed an NEH grant to create the Center). I have long considered him a mentor and he has always been supportive of my career.

I am a bit embarrassed that I had to preface this post in this way, but I felt it was necessary because I am guessing a lot of people who read this blog are going to be upset with his recent piece at First Things, a short reflection on what is happening right now with American monuments.  Some may also get upset about my thoughts at the end of the post.

But I think the most disturbing aspect of this episode, which perhaps indicates how deep our societal rot goes, has less to do with the rioters than with those in positions of authority. Rioters and miscreants we will always have, but that is why we have authorities. Ours, however, seem to have utterly abdicated. In city after city, mayors and governors decline to act against vandals, the police stand down, and the devil is allowed to take the hindmost. Corporations fall over themselves to advertise their virtuousness, and give what looks very much like protection money to organizations whose goals are openly subversive of the fundamental American political and social order. University administrators are all too willing to side with those who suppress free inquiry, and routinely cave to protestors rather than defend even the most fundamental tenets of academic freedom.

The pulling down of statues, as a form of symbolic murder, is congruent with the silencing of dissenting opinion, so prevalent a feature of campus life today. In my own academic field of history, it is entirely of a piece with the weaponizing of history, in which the past is regarded as nothing more than a malleable background for the concerns of the present, and not as an independent source of wisdom or insight or perspective.

Those caught up in the moral frenzy of the moment ought to think twice, and more than twice, about jettisoning figures of the past who do not measure up perfectly to the standards of the present—a present, moreover, for which those past figures cannot reasonably be held responsible. For one thing, as the Scriptures warn us, the measure you use is the measure you will receive. Those who expect moral perfection of others can expect no mercy for themselves, either from their posterity or from the rebukes of their own inflamed consciences.

But there is a deeper reason. It is part of what it means to be a civilized human being—it is in fact an essential feature of civilization itself—to recognize the partiality of all human achievement, and to cherish it and sustain it no less for that partiality.

There is a lot to agree with in McClay’s analysis. I think McClay’s thoughts on Jefferson and his monuments echo the ideas I am hearing from Annette Gordon-Reed, Manisha Sinha, and Sean Wilentz.

Let’s also remember that McClay is writing in a Christian magazine. If we take Christianity seriously, we must reckon with McClay’s suggestion (I am not sure how he can know this for sure) that those who tear down monuments are motivated by “pure and unmitigated hate.” It does seem that one can be morally correct about a particular social cause, and still respond to such a matter in a manner defined by “pure and unmitigated hate.” I struggle with this on a daily basis as I write about Donald Trump. I have had to do a lot of confessing of sins in the last four years and have tried to distinguish between a legitimate, Christian-based, critique of Trump and his court evangelicals and the kind of angry rhetoric that is not good for my spiritual life or the spiritual lives of others. I have found that prayer–for Donald Trump and his administration, for the evangelical church, and for the best way to strike an appropriate prophetic voice– is often an antidote to this kind of anger. But I’m not always good at it.

McClay’s remarks about the white privilege enjoyed by the middle-class, suburban, college-educated students engaged in some of the violence is also on the mark. There seems to be white privilege on both sides of our current conversation on race in America. I wish these young people would be more thoughtful.

Finally, McClay writes, “In my own academic field of history, it [the tearing down of monuments] is entirely of a piece with the weaponizing of history, in which the past is regarded as nothing more than a malleable background for the concerns of the present, and not as an independent source of wisdom or insight or perspective. Here I think McClay is half-right.

As I argued in Why Study History, we need to understand the past in all its fullness in order to make sense of the complexity of the human experience. I am largely talking here about the classroom, where I teach American history as if all voices matter. Please don’t get me wrong. Yes, Black lives matter. I am disgusted when I hear the political Right screaming “all lives matter” as a way of avoiding tough conversations on racial injustice, systemic racism, and the experience of African Americans. Responding to the phrase “black lives matter” with the phrase “all lives matter” represents a failure to address the pain and suffering of Black men and women in this particular moment. It is reprehensible. Anyone who reads this blog knows where I stand on this, so I ask you to think about my words here as part of my larger body of work.

But when I teach history, especially when I do broad sweeps in a survey class, I am charged with telling the story of the United States. In this sense, my students must be exposed to all American lives. They must encounter these lives in their context, and in all their complexity, even if it makes them (and I am talking about white students and students of color here) uncomfortable. We can’t erase the past. We must confront it.

Yet, I also believe that historians can and must use the past, and especially historical thinking, to speak to the present. I tried to do this in Believe Me. As I have said before, I have never understood Believe Me to be part of the same historical genre as The Way of Improvement Leads Home, The Bible Cause, Was America Founded as a Christian Nation? (to an extent), or the book on the American Revolution that I am currently writing. But there are times when historians must speak to current events by teaching us how we got to a particular moment in the present. And once they understand their subjects thoroughly and empathically, there is a place for moral critique. This, of course, may require getting political. As I recently told a friend, I have spent much of my career trying to understand conservative evangelicals. My critique is rooted in over two decades of historical work.

And finally, let’s talk about “law and order.” As I argued in Believe Me, it is hard to understand this phrase without thinking about racial unrest in America. Nixon used it as a dog-whistle to win votes among white voters. Trump uses it in the same way. And let’s recall that the tearing down of monuments, riots in the streets, and destruction of property are as as old as the American republic.

McClay gives us a lot to think about here. When does government intervene to stop the destruction of property? How much is too much? Where do we draw the line between law and order on the one hand, and racial injustice on the other?

One of the best ways to do this, I have found, is to think historically. The years leading-up to the American Revolution were very violent. After the revolution, when the Whiskey rebels rose-up in Western Pennsylvania, George Washington sent out the army to crush the rebellion. Martin Luther King Jr. protested peacefully. Other American reformers, like John Brown, did not. There debates between law and order on the one hand, and American protest on the other, are not new. Go listen to the Hamilton soundtrack or watch it next week on Disney+.

And what should Christians think? Was the dumping of tea in Boston Harbor in December 1773 justified? Is destruction of someone else’s property ever right? What about pouring hot tar on peoples’ skin, covering them with feathers, and parading them through the streets? What about our moral responsibility as the church to speak truth to power and disobey unjust laws–codes that are out of harmony with the moral law for God?  Sometimes these questions do not have easy answers. But are we even asking them?