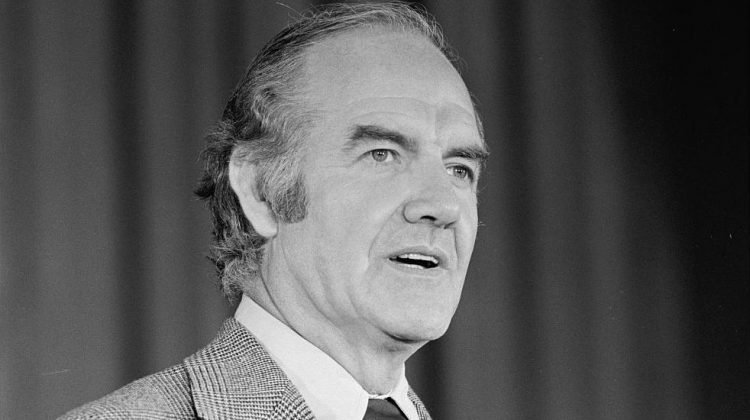 Over at Sojourners, American religious historian Randall Balmer traces the history of progressive evangelicalism in the 1970s. Here is a taste of “Before the Religious Right, Progressive Evangelicals Gained the National Spotlight“:

Richard Nixon’s promise of a “secret plan” to end the war in Vietnam, which boosted him to presidency in 1968, turned out to entail expanding the war to Cambodia in the spring of 1970, thereby prompting protests across the nation and the shooting of four students by the Ohio National Guard at Kent State University on May 4, 1970. Nevertheless, Nixon rallied his “silent majority” in advance of the 1972 presidential election, and he entered the campaign with decided advantages.

The Democratic nominee was George McGovern, senator from South Dakota who grew up in the parsonage of a Wesleyan Methodist minister and who himself studied for the ministry at Garrett-Evangelical Theological Seminary before going on to earn the Ph.D. from Northwestern University. McGovern, a decorated war hero in World War II, brought his campaign to Wheaton College’s Edman Chapel on the morning of October 11, 1972.

I was a first-year student at Trinity College, and I persuaded several of my classmates to skip our daily chapel and accompany me to Wheaton. I shall never forget the scene. Students paraded around the chapel with Nixon campaign banners. McGovern opened by saying that he had wanted to attend Wheaton, but his family couldn’t afford it. He went on to explain that his understanding of justice and social responsibility was derived from the Bible. By the end of his remarks, McGovern had won a respectful hearing from many of the students.

For more on this history, I recommend three books:

David Swartz, Moral Minority: The Evangelical Left in an Age of Conservatism

Brantley Gasaway, Progressive Evangelicals and the Pursuit of Social Justice