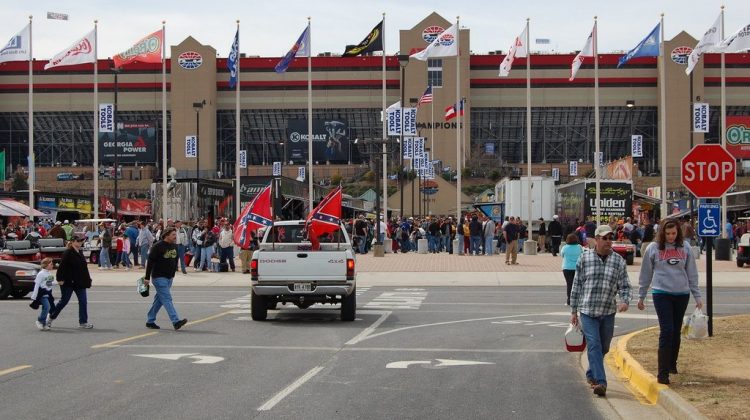 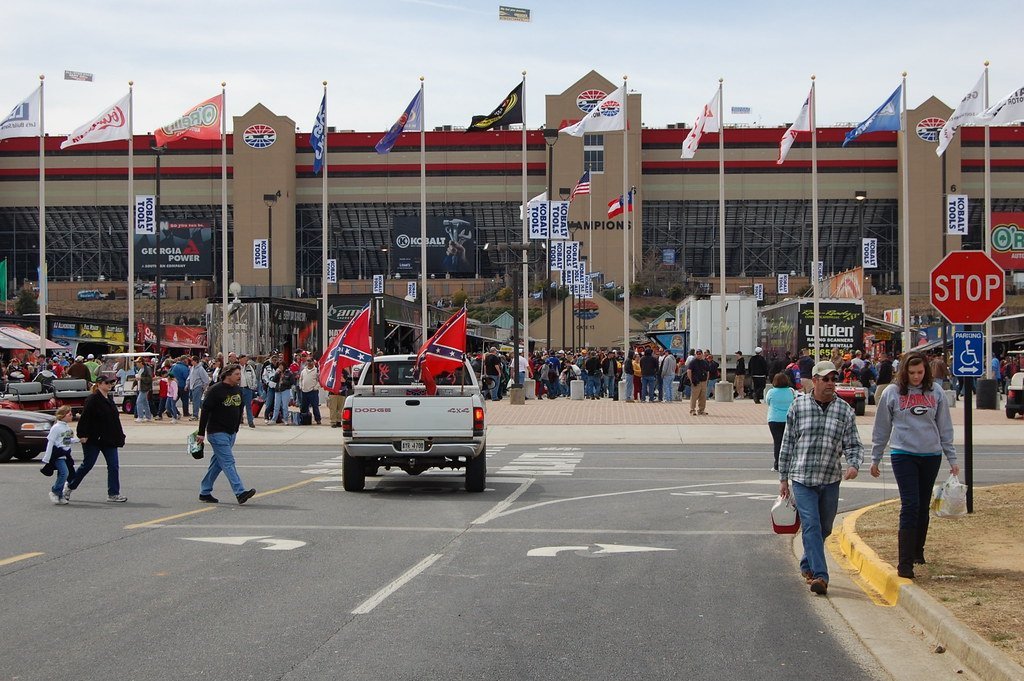 What took them so long?

NASCAR banned the Confederate flag from its races and properties on Wednesday, formally distancing itself from what for many is a symbol of slavery and racism that had been a familiar sight at stock car events for more than 70 years.

The move comes amid social unrest around the globe following the death in police custody of George Floyd, an unarmed black man in Minneapolis. Protests have roiled the nation for days and Confederate monuments are being taken down across the South — the traditional fan base for NASCAR.

Bubba Wallace, NASCAR’s lone black driver, called this week for the banishment of the Confederate flag and said there was “no place” for them in the sport. At long last, NASCAR obliged.

“The presence of the confederate flag at NASCAR events runs contrary to our commitment to providing a welcoming and inclusive environment for all fans, our competitors and our industry,” NASCAR said. “Bringing people together around a love for racing and the community that it creates is what makes our fans and sport special. The display of the confederate flag will be prohibited from all NASCAR events and properties.”