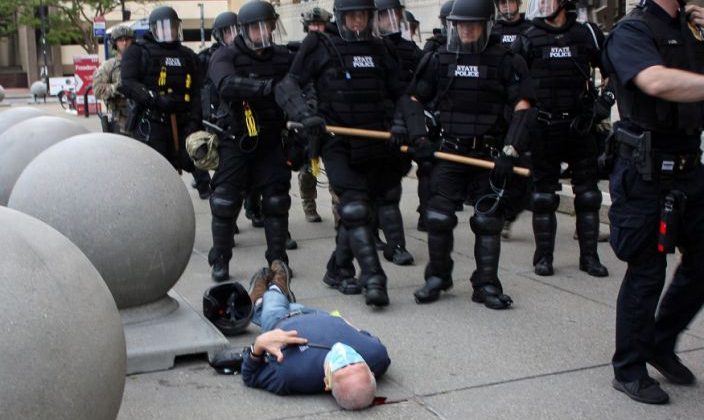 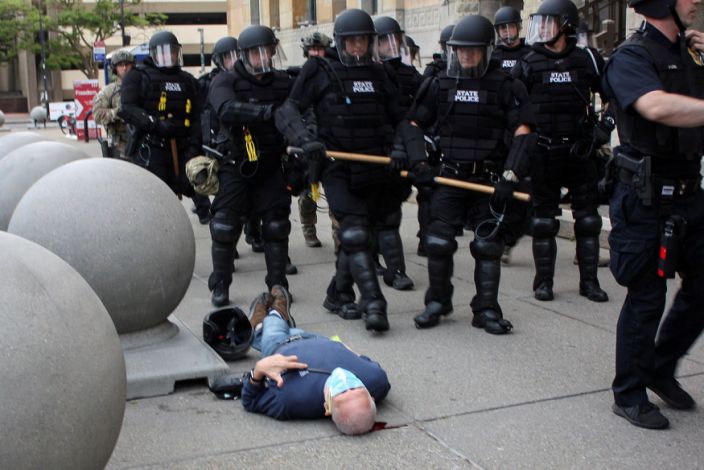 Buffalo protester shoved by Police could be an ANTIFA provocateur. 75 year old Martin Gugino was pushed away after appearing to scan police communications in order to black out the equipment. @OANN I watched, he fell harder than was pushed. Was aiming scanner. Could be a set up?

And you can get-up to speed with the story here.

Over at Religion News Service, Yonat Shimron introduces us to Gugino, a devout Catholic who led a life of peaceful activism for justice. Here is a taste:

Friends of the retired computer scientist described Gugino as a devout Catholic and a graduate of Canisius High School, a private Jesuit school in Buffalo, who is a passionate advocate for multiple causes on behalf of the poor and disenfranchised. Gugino spent his retirement lending a hand to multiple causes, among them Black Lives Matter.

“Martin has a passion for social justice,” said Mark Colville, who runs the Amistad Catholic Worker house in New Haven, Connecticut, and has known Gugino for years. “When he sees wrong he wants to be involved in making it right.”

Colville said Gugino made multiple trips from the Buffalo suburb of Amherst to New Haven — a 6 and a half-hour drive — to help prepare and serve meals at Amistad House, which describes its mission as “follow(ing) Jesus in seeking justice for the poor.”

Gugino never wanted to draw attention to his work, Colville said. He’s a private person who lived alone. He cared for his mother until she died, and recently lost his sister, too.

Let’s see if the court evangelicals condemn this tweet. I will be shocked if it happens. Why? Because this story has nothing to do with abortion, the Supreme Court, or “religious liberty.”