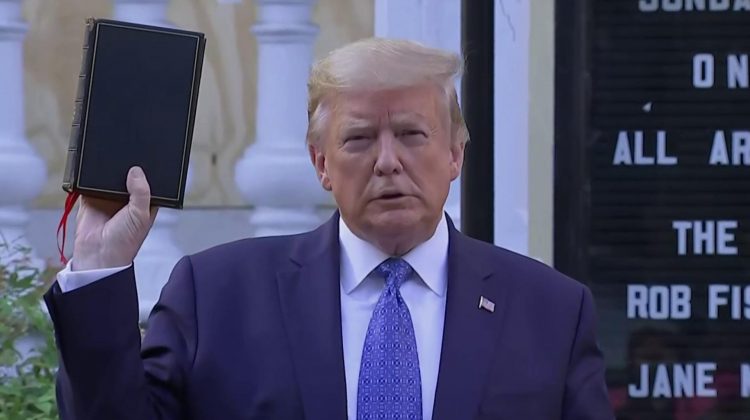 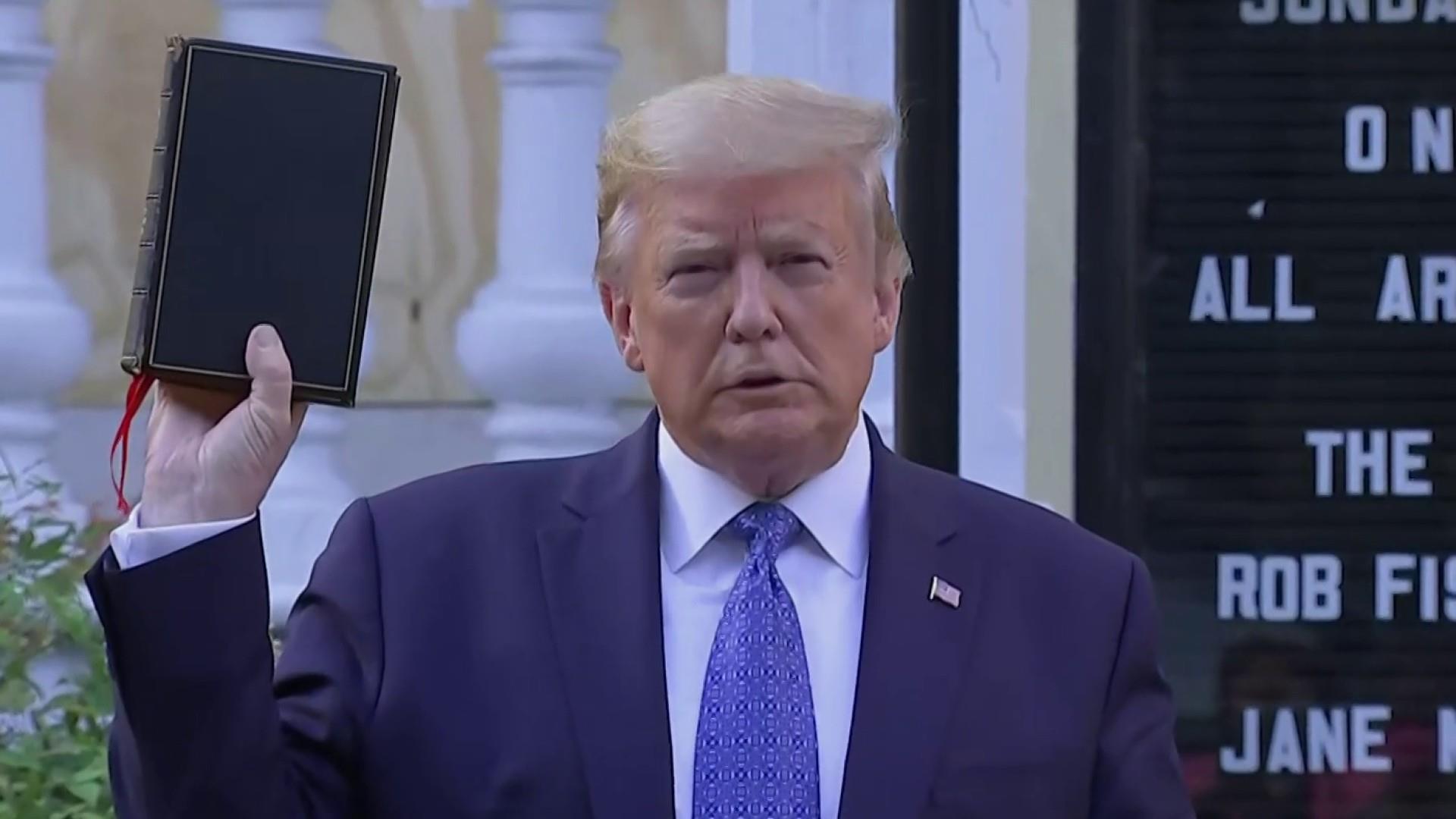 20th-century German Catholic moral philosopher Josef Pieper has been the gift that keeps on giving for me this week as I try to make sense of everything going on. Today, I want to call your attention to Pieper’s 1969 essay “The Sacred and Desacralization.” It provides some theological guidance as we try to make sense of Donald Trump’s visit to St. John’s Church yesterday.

Pieper starts with a story:

Frankfurt, Germany; the end of May 1948. St. Paul’s Church has been restored, in the midst of a city which still lay in ruins, for the centennial celebration of the founding of the German National Assembly. The German Writers’ Association, which had just been founded, was also holding a little festivity inside the bright, mottled sandstone rotunda. People left the radiant morning behind them and strolled into the building, engaged in lively discussions and moderately curious. A number of them, quite unabashed, continued smoking until they had finished their cigarettes, or started to light another. But then they were told, “Please don’t smoke, we’re in church!” The man next to me looked up in surprise: How could this be considered a church? I agreed with him in the sense that the form of a building alone is not enough to make it a church. After a while my neighbor went on: “And even if it were a church, a real church, why, after all, should one not be allowed to smoke?….” One year later in Berlin-Treptow, a district of East Berlin, once again people were instructed to obey the prohibition against smoking, this time when they entered the giant memorial park for the fallen solders of the Red Army…And a short time ago, in Israel–in a discreet but very firm tone–the same injunction was issued, in the restaurant at my hotel, when some Americans guests at a nearby table had finished their dinner and were taking out their cigarettes: “No smoking please!” “But why not?” This time the reason was not the place but the time. It was Friday evening and the Jewish Shabbat had begun.

Some of my evangelical friends might resist the lesson of this story. But though they may not smoke in church, they do indulge in other things during religious services. Most evangelicals do not have a very robust view of sacred space. As a result, they may not have much of a problem with what Trump did yesterday.

Clearly in none of these cases is the prohibition of smoking motivated by any practical consideration or obstacle, as it would be in auditorium or an operating room; nor is it motivated by any fear of the danger of fire…Nor does the prohibition imply any condemnation of smoking in general, any intimation that smoking is an activity in which it is really improper for people to engage. Instead it is clearly designed to call people’s attention to a boundary, to the border line separating a particular place or a particular, unusual span of time from all other, ordinary places and times, and to point out the contrast between them. The person who crosses the threshold into this “other” domain, is expected to behave in a way different from his normal behavior.

When Donald Trump used the property at St. John’s Church for his Bible-toting, violence-endorsing, race-baiting photo-op, he was engaging in profanity in the truest sense of the word. He was soiling a sacred space. I think there is a lesson here for all evangelical leaders who want to bring political speech–the language of the profane–into their churches.

The purpose of the rules is the expression of reverence and respect. Respect for what? It must be for something which demands and deserves homage and veneration. If the stranger then asks what is the exact nature of this thing which is worthy of veneration, probably the answers he would receive could not so easily be reduced to a single common denominator. In any case, he would inevitably be told that this thing was in some sense “holy” (or ought to be “holy”) to human beings…

Pieper reminds us that the word “sacred” in English means “set apart.” There are certain places that “stand out from that which is everywhere and all the time, and which thus possess a peculiar and exceptional worth.”

Here is Pieper on profanity:

The “profane” is the realm of the commonplace, of that which is not endowed with this [that of sacred space] exceptional character.  By no means is “profane” necessarily synonymous with “unholy,” although of course there is also such a thing as the expressly unholy, which at the same time constitutes something in the highest degree profane.

And regardless of whether the members of a religious congregation regard themselves as parochia (from the Greek paroika), ” a group of strangers or sojourners” (whence our word “parish”), or whether they consider themselves the citizens of the coming Kingdom, they draw a boundary line between themselves and the normal, everyday way of life, as it is lived by the citizens of an ordinary community. They may celebrate their liturgy in a makeshift church in the suburbs; in the dancehall of a village where the Diaspora has driven them into exile; in a cathedral whose costly hall is filled with stained-glass windows symbolizing the Heavenly Jerusalem; or in a concentration camp where, for a few minutes, a living wall of bodies creates a makeshift sanctuary and screens it from the grip of executioners. All these places have one thing in common: They stand out, by their poverty as much as their splendor and prodigality, from the dwelling places of everyday existence, from their death penury as well as from their deceitful luxury and comfort.

And nothing seems more natural to a man, when he is inside such an enclosure, than to behave “differently” than he behaves in other places such as a sports arena or a place of business. Naturally, in this sequestered place one continues to speak a human language, and yet it is “different” language–different in character, in intonation, in vocabulary, in gesture.

When Donald Trump moved from the Rose Garden to St. John’s Church he was moving, at least in terms of the Christian faith (as opposed to, say, American civil religion), from a profane space to a sacred space. When he arrived, he committed an act of profanity at a sacred or holy place.