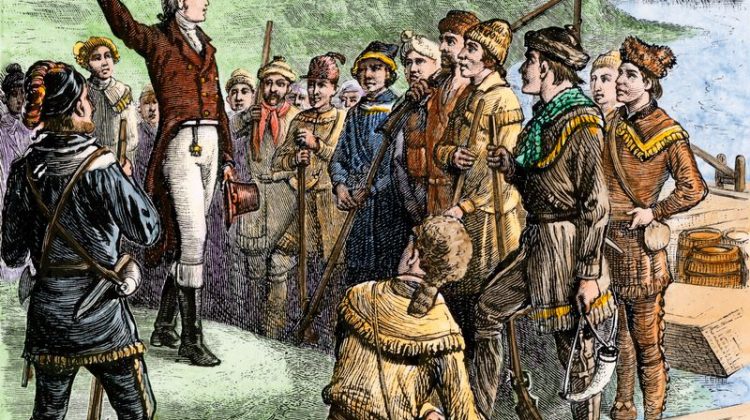 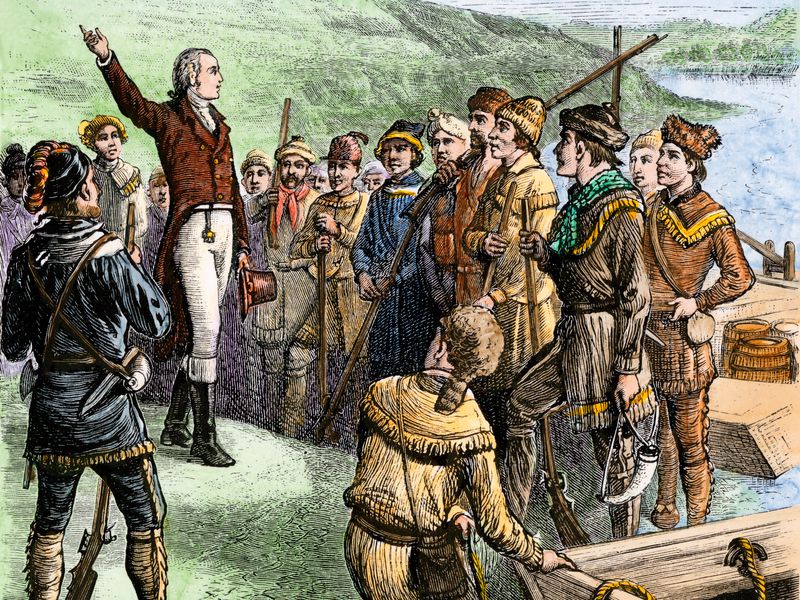 Donald Trump said yesterday that he would use this act to take military action in U.S. cities for the purpose of quelling violence.  Here is the text of the act:

An Act authorizing the employment of the land and naval forces of the United States, in cases of insurrections

The act has been used several times in U.S. history, most recently by George H.W. Bush during the Rodney King riots in Los Angeles.

The act was born out of president Thomas Jefferson’s concern that Aaron Burr was plotting an insurrection against the United States government. After his term as Vice-President had come to an end in early 1805, Burr headed to Ohio and started recruited frontier settlers with the goal of capturing New Orleans and the Spanish territory west of the Mississippi River for the purpose of creating a separate western country.

But the notorious General James Wilkinson, the governor of Louisiana Territory and a co-conspirator with Burr, eventually turned on the former Vice-President. In October 21, 1806 and October 26, 1806 letters, Wilkinson informed the president about the conspiracy. Somewhere around this time, Jefferson must have talked with or wrote to Secretary of State James Madison about the legality of using federal troops to stop Burr. On 30 October, 1806, Madison wrote to Jefferson to tell him that “it does not appear that regular Troops can be employed, under any legal provision agst. insurrections–but only agst. expeditions having foreign Countries for the object.”

On November 27, two days after he received Wilkinson’s October 21, 1806 letter, Jefferson issued a proclamation calling for Burr and the conspirators to turn themselves in. Since he did not believe he had the constitutional authority to use federal troops to stop Burr, he had to settle for a strongly-worded message.

Having recieved information that in another part of the US. a great number of private individuals, were combining together, arming & organising themselves contrary to law to carry on a military expedition against the territories of Spain I thought it necessary by proclamation, as well as by special orders, to take measures for preventing & suppressing this enterprize, for siezing the vessels, arms & other means provided for it, & for arresting & bringing to justice it’s authors & abettors. these measures are now in operation. it was due to the good faith which ought ever to be the rule of action in public as well as in private transactions, it was due to good order & regular govmt. that while the public force was acting strictly on the defensive, and merely to cover our citizens from aggression, the criminal attempts of private individuals to decide for their country the question of Peace or War, & by commencg active & unauthorised hostilities, should be promptly & effectually suppressed.

Jefferson’s opponents, the Federalists, mocked the proclamation and the message to Congress. Here is James Lewis, author of The Burr Conspiracy: Uncovering the Story of an Early American Crisis:

The proclamation and the annual message quickly came under attack. After reading the proclamation, even some Republicans quietly suggested that “the People ought not to have been alarmed or more [energetic] measures taken.” Federalists openly denounced “proclamation-warfare” as an inadequate response to the western crisis. Rather than sending copies of the proclamation west with one express rider, the editor of New York’s People’s Friend argued, Jefferson “had better sent them by one thousand expresses,” with orders to deliver them from the mouths of their muskets.” Federalist concern that Jefferson would fail to take energetic action in time shaped a savage parody of a Republican defense of the annual message. Appearing in a number of Federalist newspapers in early January 1807, “A Speck of War: or, The Good Sense of the People of the Western Country” rooted Jefferson’s policies in his belief “THAT THE GREAT SECRET OF GOVERNMENT IS TO LET EVERYTHING TAKE ITS OWN COURSE.” The likely outcome the satirist suggested, was that Burr would seize New Orleans, fortify it, and make it the capital of a new western empire that would soon “be as strong as ourselves.”

Federalists reserved their greatest contempt for Jefferson’s suggestion that he could not arrest the organizers of a military enterprise against the United States….”It is a self evident truth,” a writer in the New-England Evening Post remarked, “that every nation is under a moral obligation to provide for its self preservation, and as a consequence, that it has a right to make use of all proper means necessary to that end.” Even without a specific law, Federalists insisted, the government had “the power & of course the means [for] preventing any insurrection or enterprize on the public peace or safety. In fact, Jefferson and most Republicans believed otherwise, rejecting the common-law view that the United States’s mere existence as a country sufficed to make some acts illegal. They argued, instead, that the Constitution granted only limited and specific powers to the federal government. It defined treason, for example, but did not make either conspiring to commit treason or preparing to commit treason a crime.

In the end, the Jefferson got his act of Congress, but it was really too late to use it in the Burr conspiracy.

On December 19, 1806, Jefferson enclosed a copy of a bill on insurrections in a letter to John Dawson. It read:

A Bill authorising the emploiment of the land or Naval forces of the US. in cases of insurrection.

Be it enacted &c.    that in all cases of insurrection & of obstruction to the laws of the US. or of any individual state or territory, where it is lawful for the Presidt. of the US. to call forth militia to suppress such insurrection, or to cause the laws to be duly executed, it shall also be lawful for him to employ for the same purposes, such part of the land or naval forces of the US as shall be judged necessary, under the same restrictions & conditions as are by law provided & required on the emploiment of militia in the same case.

The insurrection bill became law on March 3, 1807, eleven days after Burr was arrested in Alabama on February 19.