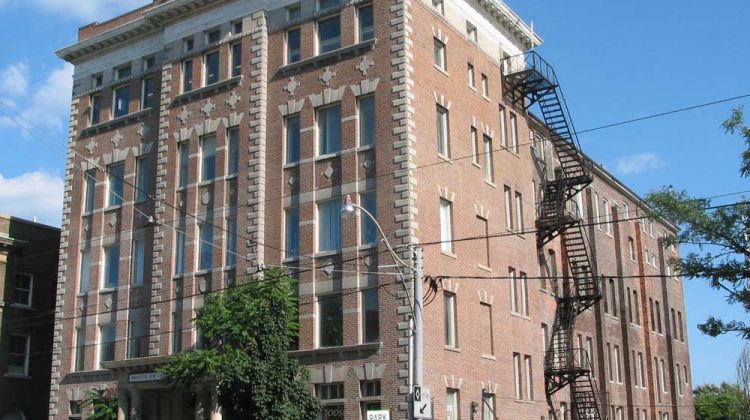 I don’t pretend to know much about Dutch Calvinism in America or the differences between Abraham Kuyper and Herman Dooyeweerd. (There are good books on the subject, I would start with the work of James D. Bratt). But I know these differences mean a great deal to the Christian intellectuals who live in places like Grand Rapids, Michigan, and Sioux Center, Iowa. Having said that, I have been learning a lot about this unique religious culture since both of my daughters started attending Calvin University in Grand Rapids. In fact, my youngest daughter, a political science major, just finished reading Kuyper’s Lectures on Calvinism for a course in political philosophy. It has made for some good quarantine conversations.

I also knew that Dutch Calvinists have a presence in Canada where they established educational institutions such as the Institute for Christian Studies (Toronto), Kings University (Edmonton), and Redeemer University (Ancaster, Ontario).

It is the Institute for Christian Studies (ICS) that provides the focus of David Swartz‘s recent piece at The Anxious Bench: “The Reformed Evangelicals Who Smoked Pot in Toronto.” Here is a taste:

ICS adherents castigated what they viewed as the quaint moralisms of their home denomination. The Christian Reformed Church, they felt, was failing to address pressing social issues.

For instance, the denomination’s periodical explained in the mid-1960s that even if John F. Kennedy’s assassination left his agenda incomplete, still Christ could declare, “It is finished.” Hendrik Hart, James Olthuis, Bernard Zylstra, and other young turk Reformationalists at the ICS—typically fiery personalities in their early thirties—denounced such lines as pietistic sophistry. Instead, they envisioned new radical, socially active Reformed communities all over North America.

By the early 1970s, the ICS had evolved into an idiosyncratic fusion of Dutch ethnicity and political counterculture. Its constituency came mostly from children of the 185,000 Dutch immigrants who entered Canada between 1947 and 1970 because of a stagnant economy in the Netherlands. Tobacco and marijuana were pervasive at the Toronto school. Baggy jeans and tattered corduroy hung on gaunt frames, and beards proliferated. Communal living in several large houses in Toronto was common. Requiring no assignment deadlines, grades, transcripts, or degrees, ICS nurtured a profoundly anti-establishment ethos that stressed collegiality over hierarchy. Its administrative structure evolved into what faculty member Peter Schouls called “coordinate decentralization,” a system in which employees were accountable to boards and committees, not other individuals. An advertisement for ICS in the early 1970s read, “Are you going to grad school? Try the House of Subversion. … We are subverting the American university structure. We don’t have million dollar buildings. … We aren’t scholarly imperialists. We’ve stopped worshipping the Ph.D. We give guerrilla credentials.”

Read the entire piece here. It draws from Swartz’s book Moral Minority: The Evangelical Left in an Age of Conservatism. Swartz shows how Grand Rapids Dutch Calvinists associated with Calvin College tried to moderate the radicalism of ICS and connect with moderates and progressives within evangelicalism.  It’s a fascinating read.