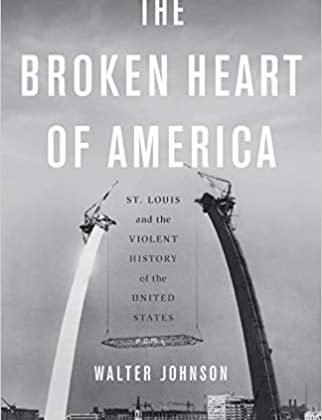 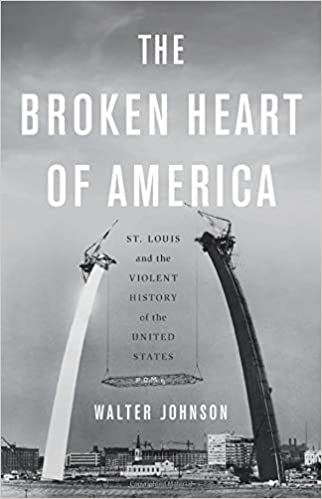 Is capitalism racist? If you answer yes, you are one of the cool kids in the historical profession right now. Scholars working on the connections between capitalism and slavery have produced some interesting, helpful, provocative, and controversial work. Much of the debate over The New York Times‘s 1619 Project has focused on the strengths and weakness of this historiographical trend.

The relationship between capitalism and race also frames Nicolas Lemann‘s New Yorker review of Walter Johnson‘s new book, The Broken Heart of America: St. Louis and the Violent History of the United States.

Historically, Johnson doesn’t find many people to admire. Among whites, the main exceptions are a few Communists and radically inclined labor organizers. He takes a dim view, too, of mainstream black organizations like the N.A.A.C.P. and the Urban League. Liberal politicians hardly attract his notice, except when, as in the case of Lincoln, their reputations require revising downward. But after laying out a relentlessly bleak history he ends, jarringly, on a hopeful note. During the unrest following Michael Brown’s death, he tells us, “the disinherited of St. Louis rose again to take control of their history.” Since then, a number of activists—Johnson provides thumbnail sketches of them—have launched efforts in poor black neighborhoods meant to reverse, or at least resist, the pernicious workings of racial capitalism. Today, Johnson writes, “I have never been to a more amazing, hopeful place in my life.” Underlying his stated optimism is an implicit conviction that it wouldn’t do much good to look for help from the larger society; the victims of oppression must find a way forward by themselves.

As a child in the Jim Crow South during the civil-rights era, growing up in a conservative white milieu, I often overheard bitter adult conversations about the hypocrisy of white liberals in the North. Were they really any better than Southern segregationists, to go by their lived behavior? Walter Johnson, coming from the left, offers a good deal of empirical support for opinions like that. His account discourages us from drawing much hope from past events like the passage of the Thirteenth Amendment, the major civil-rights victories of the sixties, or the election of Barack Obama as President; the regime of racial capitalism, in his vision, always manages to reconstitute itself. Broader reforms that aimed, at least, to smooth the roughest edges of capitalism—like the regulation of business excesses or the creation of Social Security and Medicaid—are, we gather, no match for white supremacy.

Democratic politics, especially in a country with a racial history like ours, is necessarily messy, impure, and capable of producing no more than partial victories, and, even then, only when pushed hard by political movements. But deflating and deriding the progress it has made in the past and the promise it might hold for the future invites the hazards of defeatism. It distracts from the kinds of economic, educational, and criminal-justice reforms that mainstream progressives hope to enact. These are the tools we have at hand. It would be a shame not to use them.