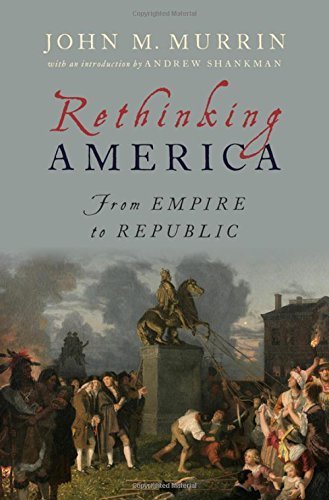 Here is a taste of Edward Tian’s article in the Princeton student newspaper:

John M. Murrin, professor of history emeritus at the University, died at the age of 84 on May 2 at the Robert Wood Johnson Hospital in Hamilton due to the novel coronavirus. He is survived by Mary Murrin, his wife of 52 years.

Murrin was the former president of the Society for Historians of the Early American Republic, a prolific essayist and author of “Rethinking America: From Empire to Republic,“ and a beloved mentor in the scholarly community.

“John was the life of the department,” said professor of history Sean Wilentz, who was a colleague of Murrin for over thirty years.

“He was the most generous and open hearted mentor,” added James Dun, assistant dean of the college and a former graduate student of Murrin turned colleague in the history department. “He never wanted to be the smartest one in the room, in fact he would say that. But he always had insights that made everyone’s jaw drop.”

Murrin was so generous with his time that “he took as many or more graduate students than any other faculty,” said Dun. The reason he was able to do this: Murrin was “a man of many hyphens” — an “early-modern-anglo-american-historian” — and so well-read that he was a master of multiple fields.

In addition to his graduate students, many more historians called him a mentor, evident in an outpouring of support and condolences over Twitter this past week.

“There’s a motto in academia — everyone here is smart; you can distinguish yourself by being kind. No one embodied this motto more than John,” tweeted Kevin Kruse, professor of history at the University.