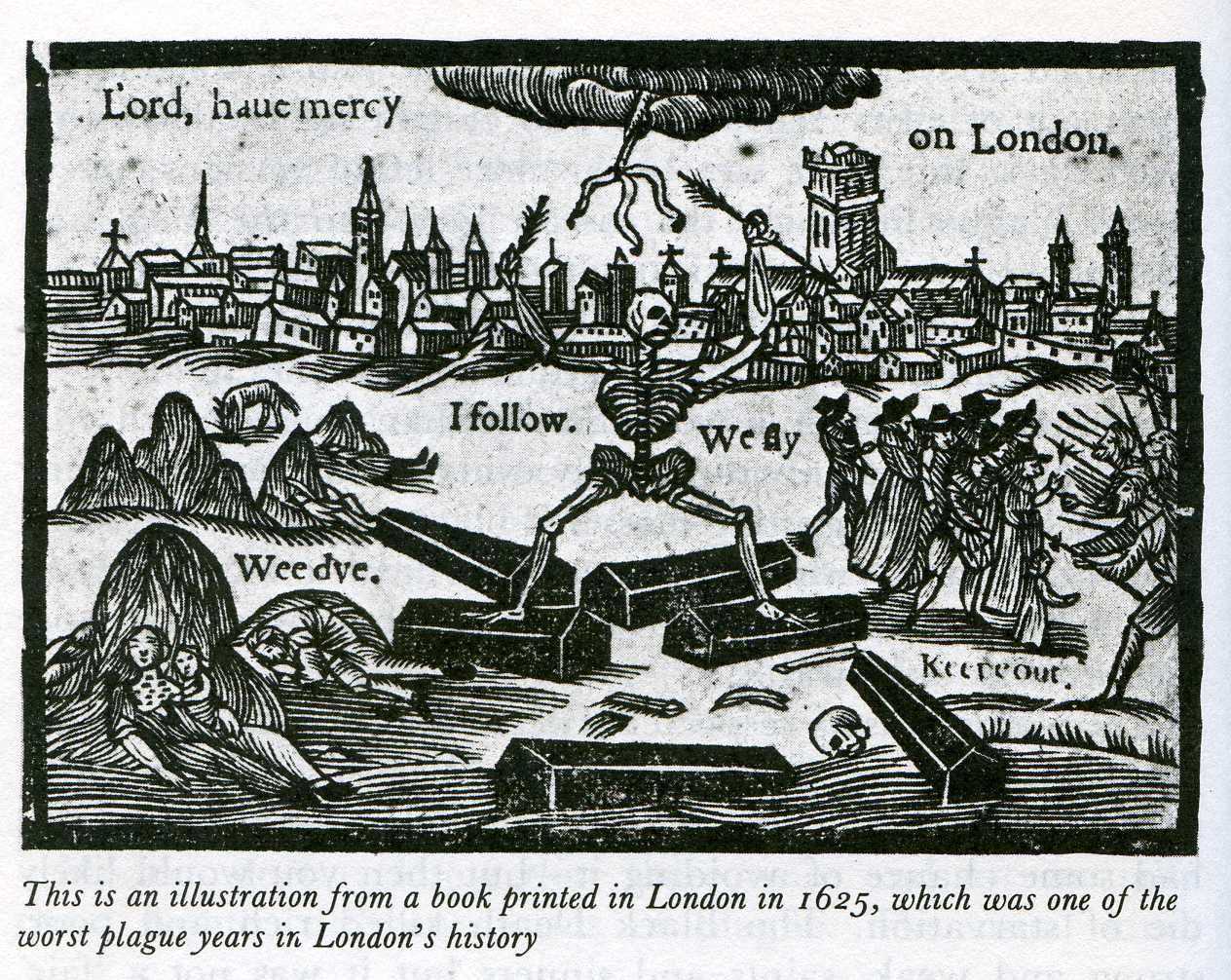 Over at We’re History, early American historian Peter Wood writes about the London plague from the perspective of Plymouth Rock.  Here is a taste of his piece:

But in 1625, New England’s “hideous and desolate” isolation suddenly began to seem a God-given blessing in disguise. Captain Miles Standish had been sent back to England, aboard a ship laden with furs and fish, to negotiate with overbearing creditors for their “favour and help.” He went at “a very bad time,” Bradford related, for their home country was “full of trouble.” To his dismay, Standish found “the plague very hote in London, so no business could be done.”

Hot indeed. England’s plague had arrived, apparently from Holland, early in 1625, but it went undetected through most of March. George Wither, a poet who survived the epidemic, recalled how the stealthy sickness first approached London through the city’s “well-fill’d Suburbs” and spread there undetected for weeks…

By the end of 1625, the contagion had claimed nearly 70,000 lives across England. More than half the deaths had been in London. There, the disease had killed well over 35,000, in a city of fewer than 330,000 people. Many more may have been undiagnosed victims. One Londoner wrote that “to this present Plague of Pestilence, all former Plagues were but pettie ones.” Another lamented that no prior chronicle had “ever mentioned the like” for “our famous citie.”

As for Standish, he found the English adventurers who supported the Plymouth Colony were fearful in the midst of an economic collapse and a public health disaster. When the New Englander sought a loan, they could only offer him money at a whopping 50% interest rate.  As Bradford later summarized: “though their wills were good, yet theyr power was litle. And ther dyed such multitude weekly of the plague, as all trade was dead, and litle money stirring.”

In early April 1626, the Plymouth colonists welcomed Standish home safely, but his mission had been unsuccessful, and “the news he brought was sad in many regards.” Numerous English allies had been struck down financially and physically, “much disabled from doing any further help, and some dead of the plague.” Faced with such news and given “the state of things,” Bradford observed of his colonists, “it is a marvell it did not wholy discourage them and sinck them.”