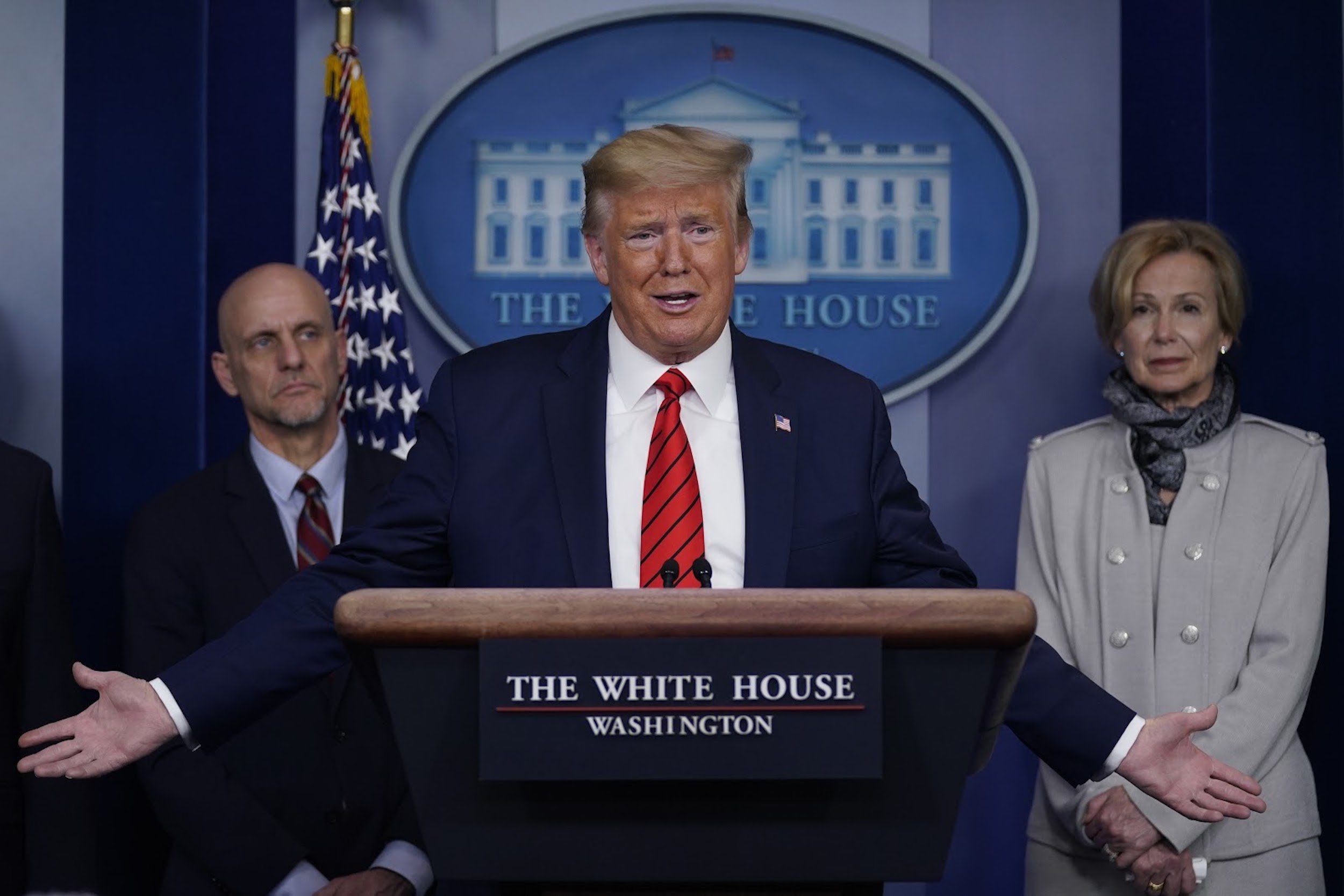 The Washington Post talked to some constitutional scholars.  Here is a taste of Meagan Flynn’s and Allyson Chiu’s piece:

When President Trump was asked during Monday’s news briefing what authority he has to reopen the country, he didn’t hesitate to answer. “I have the ultimate authority,” the president responded, cutting off the reporter who was speaking.

Trump later clarified his position further, telling reporters, “When somebody is the president of the United States, the authority is total and that’s the way it’s got to be. … It’s total. The governors know that.”

The local leaders, Trump said, “can’t do anything without the approval of the president of the United States.”

Trump’s eyebrow-raising assertions about the reach of his office during national emergencies, which were also echoed by Vice President Pence at the briefing, came on the same day governors on both coasts announced their own plans to begin working toward reopening their states amid the ongoing global coronavirus pandemic.

While the president appears convinced he is the only one empowered to make the critical determination, his extraordinary assertions of authority over the states astounded legal scholars, leaving them wondering, as they have before about Trump’s broad claims, where on earth he got them.

“You won’t find that written in the Federalist Papers anywhere,” Robert Chesney, a law professor at the University of Texas at Austin, told The Washington Post.

Not only does the power Trump asserted have no basis in reality, experts said, but it’s also completely antithetical to the Constitution, the concept of federalism and separation of powers — whether during a time of emergency or not.

“This isn’t ancient Rome where there’s a special law that says in the event of an emergency all the regular rules are thrown out the window and one person, whom they called the dictator, gets to make the rules for the duration of the emergency or for a period of time,” Chesney said. “We don’t have a system like that.”

On Twitter, Steve Vladeck, another professor at the University of Texas School of Law, rebutted Trump’s “authority is total” remark.

“Nope,” Vladeck wrote. “That would be the literal definition of a *totalitarian* government.”