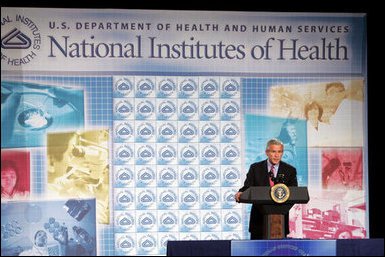 This post is not a defense of Donald Trump’s handling of our current pandemic.  But thanks to George W. Bush and his love of history, we at least had SOMETHING in place.

I have not read John Barry‘s 2004 book The Great Influenza, but the paperback is currently #242 on Amazon. (I did meet Barry when he was touring for his book on Roger Williams. We sat on a panel together in Newport, Rhode Island. I also reviewed that book at The Christian Century). Thankfully, George W. Bush did read Barry’s book. Over at ABC News, Matthew Mosk explains what happened after he read it. Here is a taste of his piece:

In the summer of 2005, President George W. Bush was on vacation at his ranch in Crawford, Texas, when he began flipping through an advanced copy of a new book about the 1918 flu pandemic. He couldn’t put it down.

When he returned to Washington, he called his top homeland security adviser into the Oval Office and gave her the galley of historian John M. Barry’s “The Great Influenza,” which told the chilling tale of the mysterious plague that “would kill more people than the outbreak of any other disease in human history.”

“You’ve got to read this,” Fran Townsend remembers the president telling her. “He said, ‘Look, this happens every 100 years. We need a national strategy.'”

Thus was born the nation’s most comprehensive pandemic plan — a playbook that included diagrams for a global early warning system, funding to develop new, rapid vaccine technology, and a robust national stockpile of critical supplies, such as face masks and ventilators, Townsend said.

The effort was intense over the ensuing three years, including exercises where cabinet officials gamed out their responses, but it was not sustained. Large swaths of the ambitious plan were either not fully realized or entirely shelved as other priorities and crises took hold.

But elements of that effort have formed the foundation for the national response to the coronavirus pandemic underway right now.

“My reaction was — I’m buried. I’m dealing with counterterrorism. Hurricane season. Wildfires. I’m like, ‘What?'” Townsend said. “He said to me, ‘It may not happen on our watch, but the nation needs the plan.'”

Over the ensuing months, cabinet officials got behind the idea. Most of them had governed through the Sept. 11 terror attacks, so events considered unlikely but highly-impactful had a certain resonance.