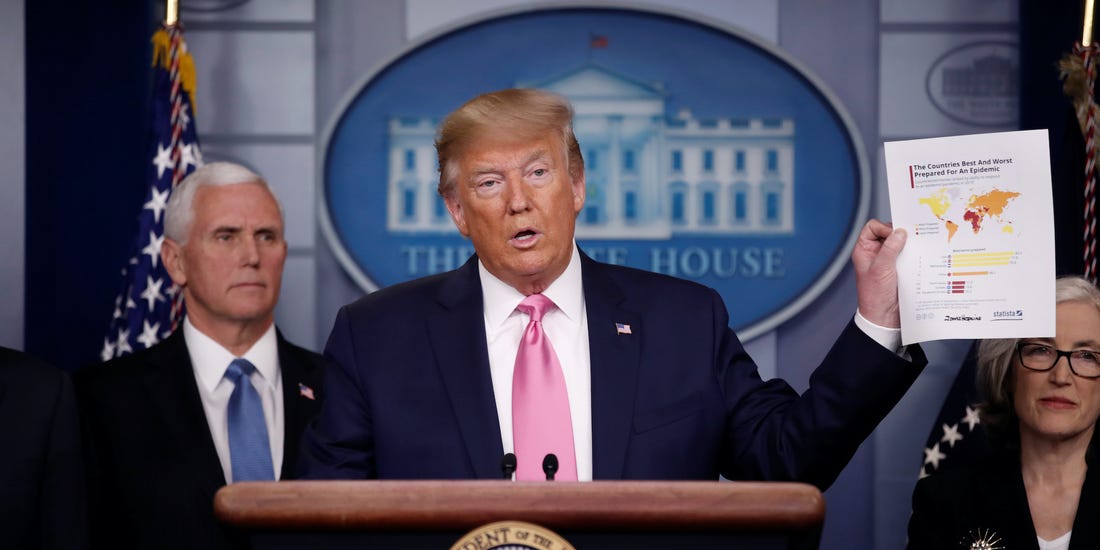 Perhaps I missed it, but I have yet to hear Donald Trump address the question of mental health. As Frank Rich recently argued in his column at The New York Times, Trump seems incapable of this kind of empathy. Here is a taste of his piece “We’re Relying on Trump to Care About Our Lives.” A taste:

During Sunday evening’s briefing, when he was supposed to be comforting Americans on the precipice of financial ruin, he instead lamented the billions of dollars he had supposedly forgone to be president. Our self-glorifying “wartime president” morphed into a self-pitying Daddy Warbucks.

“I think it’s very hard for rich people to run for office,” he said. “It’s far more costly. It’s a very tough thing. Now, with all of that being said, I’m so glad I’ve done it. Because, you know, there are a lot rich people around. I’ve got a lot of rich friends, but they can’t help and they can’t do what I’ve done, in terms of helping this country.” I’m glad he’s glad. Scratch that. I’m dumbfounded.

It has been observed, accurately, that he’s exactly the wrong leader for this crisis because he has thinned the ranks of responsible professionals in government, because he has hollowed out relevant departments and agencies, because he devalues science, because he degrades information and because he parted ways with credibility years ago.

But it’s worse than that. He’s facing judgment calls that require an emotional depth and a moral finesse that simply don’t exist in him. America is relying on him, of all presidents, to care as much about vital signs as about dollar signs.

He did that when he asked the nation to stand still for 15 days, but can he continue to do it? I’d have doubts if the economy were merely the biggest of many bragging points for him, if it were just a major part of his political profile.