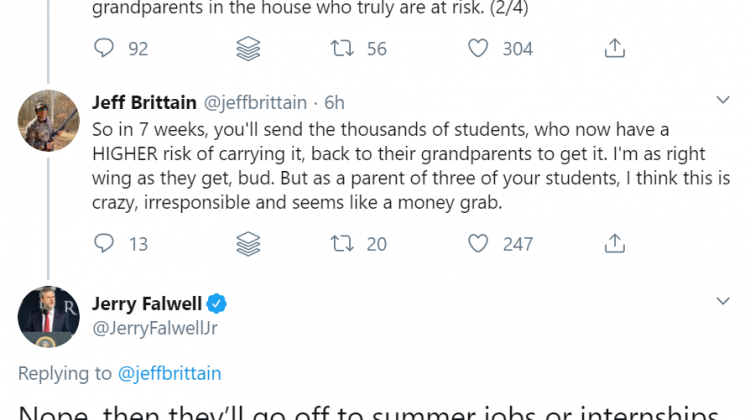 As we have noted at this blog, Jerry Falwell Jr. had decided to keep Liberty University open during the coronavirus pandemic.

Falwell Jr. blocked me on Twitter a long time ago. Here is the rest of the exchange, compliments of Washington Post reporter Sarah Pulliam Bailey’s feed: 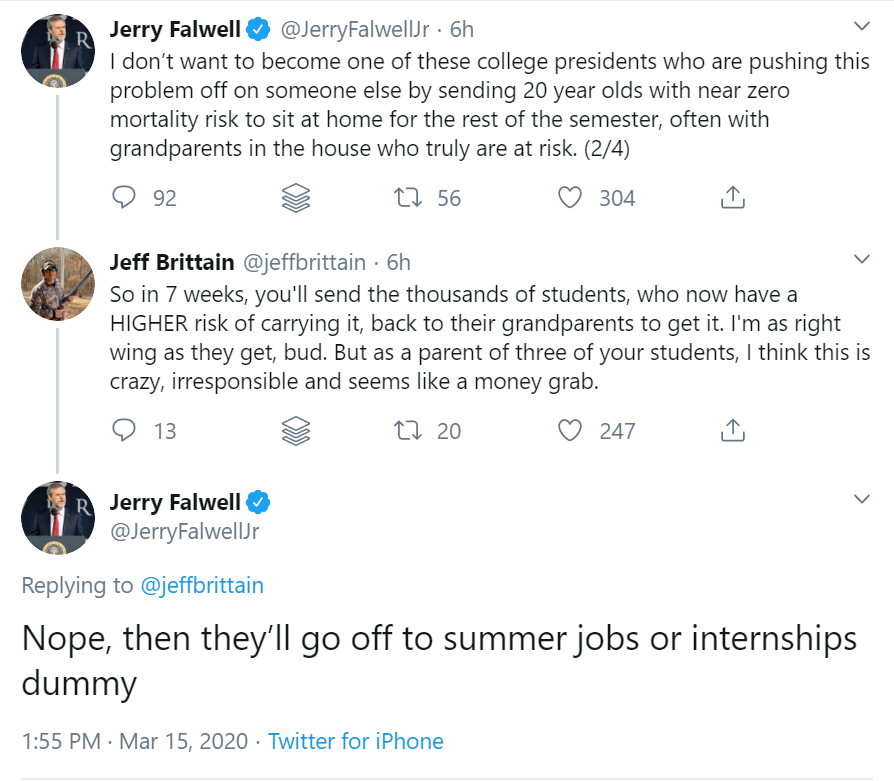 So in 7 weeks, you’ll send the thousands of students, who now have a HIGHER risk of carrying it, back to their grandparents to get it. I’m as right wing as they get, bud. But as a parent of three of your students, I think this is crazy, irresponsible and seems like a money grab.

I don’t know of any presidents of secular colleges who would treat a parent in this way.  Falwell Jr. is the president of a Christian college.

Again, not all Christian colleges are the same.