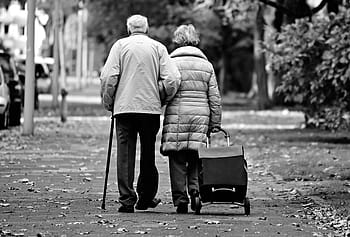 This is an important reminder from Shai Held, president, dean, and chair in Jewish Thought at Hadar.  Here is a taste of his recent piece at The Atlantic:

Why do I say “the elderly”? In its biblical context, the obligation to honor parents is a command given to grown children (as are the Ten Commandments more broadly—you don’t tell children not to commit adultery nor to covet their neighbors’ fields). When you are an adult, the Bible instructs, you must not abandon the elderly. Giving voice to a pervasive human fear, the Psalmist prays, “Do not cast me off in old age; when my strength fails, do not forsake me!”

What does it say about our society that people think of the elderly so dismissively—and moreover, that they feel no shame about expressing such thoughts publicly? I find myself wondering whether this colossal moral failure is exacerbated by the most troubled parts of our cultural and economic life. When people are measured and valued by their economic productivity, it is easy to treat people whose most economically productive days have passed as, well, worthless.

From a religious perspective, if there is one thing we ought to teach our children, it is that our worth as human beings does not depend on or derive from what we do or accomplish or produce; we are, each of us, infinitely valuable just because we are created in the image of God. We mattered before we were old enough to be economically productive, and we will go on mattering even after we cease to be economically productive.

Varied ethical and religious traditions find their own ways to affirm an elemental truth of human life: The elderly deserve our respect and, when necessary, our protection. The mark of a decent society is that it resists the temptation to spurn the defenseless. It is almost a truism that the moral fabric of a society is best measured by how it treats the vulnerable in its midst—and yet it is a lesson we never seem to tire of forgetting. “You shall rise before the aged and show deference to the old,” the Bible says—look out for them and, in the process, become more human yourself.