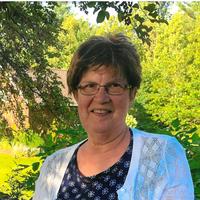 David Bratt was the late Edith Blumhofer‘s editor. Over at the blog of Eerdmans Publishing, Bratt remembers the Wheaton College religious historian.

I like to tell people that Edith Blumhofer is just your basic, average, Harvard-educated German Pentecostal Wheaton College professor from Queens. It’s a fun way of saying that I’ve never met anyone quite like her. But it’s a lot less fun now, because I have to use the past tense. At age 69, far too soon, Edith Blumhofer has lost her battle with cancer.

Edith was well known for her work in running the Institute for the Study of American Evangelicals, which she directed for fifteen years until its closing in 2014. She was good at being in charge of things; in addition to her work with the ISAE, she also served as president of the Society for Pentecostal Studies (the first woman to do so) and served as administrative director for Martin Marty’s public religion project at the University of Chicago. More recently she stepped in to lead the board of the Overseas Ministries Study Center through a time of acute financial challenges.

But she did more than enable others’ scholarship. Edith’s achievements are obvious to anyone who can search the websites of Amazon and the Library of Congress. She was the author of five books—including two with Eerdmans—and the co-author, editor, or co-editor of several more. Her two books for Eerdmans were biographies of important but sometimes overlooked women in American religious history: Aimee Semple McPherson and Fanny Crosby. Her work helped make it seem natural to pay attention to women in American religion—something that wasn’t natural enough in the field for far too long. And she had a gift for biography: she could tell a subject’s story in a way that appealed to lay readers as well as people with advanced degrees, to insiders who love her subjects as well as to scholars who study them.