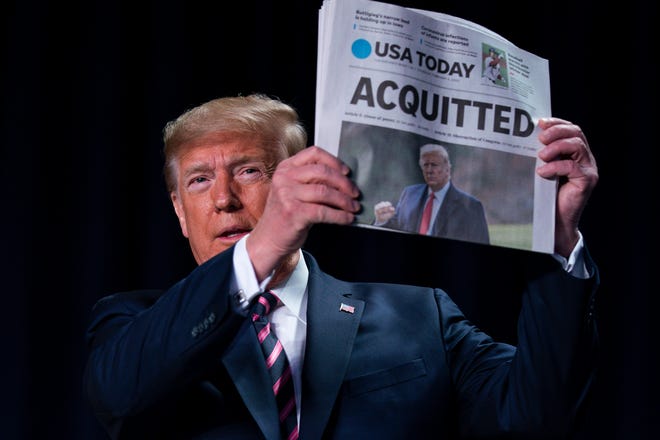 The impeachment and acquittal of Trump in 2020 left the country’s political culture in spiraling decline. For the portion of the country’s politically engaged population that was not securely within the Fox News universe, the Trump acquittal demonstrated the sheer cravenness of the Republican Party. Republicans continued to be seen in the 2020s as the party of white people, of a white nationalist, of a xenophobic vision of America that flew in the face of reality: an increasingly multiethnic, multiracial, multireligious nation. The Democratic Party also frayed into divisions between left and right. Democrats managed to defeat Trump in 2020, decisively in the popular vote but only narrowly in the Electoral College—vulnerable to charges even then that it was an archaic institution.

After his defeat in 2020, Trump cut a lucrative deal with Fox News and appeared on the channel three nights per week in prime time, stoking a racist, nationalist vision of the country, while the country divided and fragmented into increasingly identity-based groups.

The United States also continued to decline as a world power, losing influence in international organizations and in global economics. American institutions and corporations went into decline, and the country lost its place in the world as a model republic. Trumpism had become the watchword for American decline.

By the end of the 2020s, more voters than ever identified as independent. Attempts to establish third parties surged. In 2027, a movement for a new constitutional convention succeeded. The resulting constitutional amendments to eliminate the Electoral College and to reorganize the U.S. Senate into a more democratic institution just barely failed to pass in three quarters of state legislatures for approval.