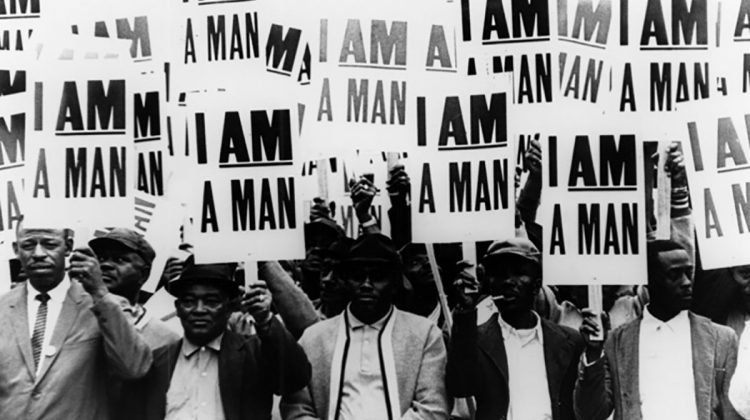 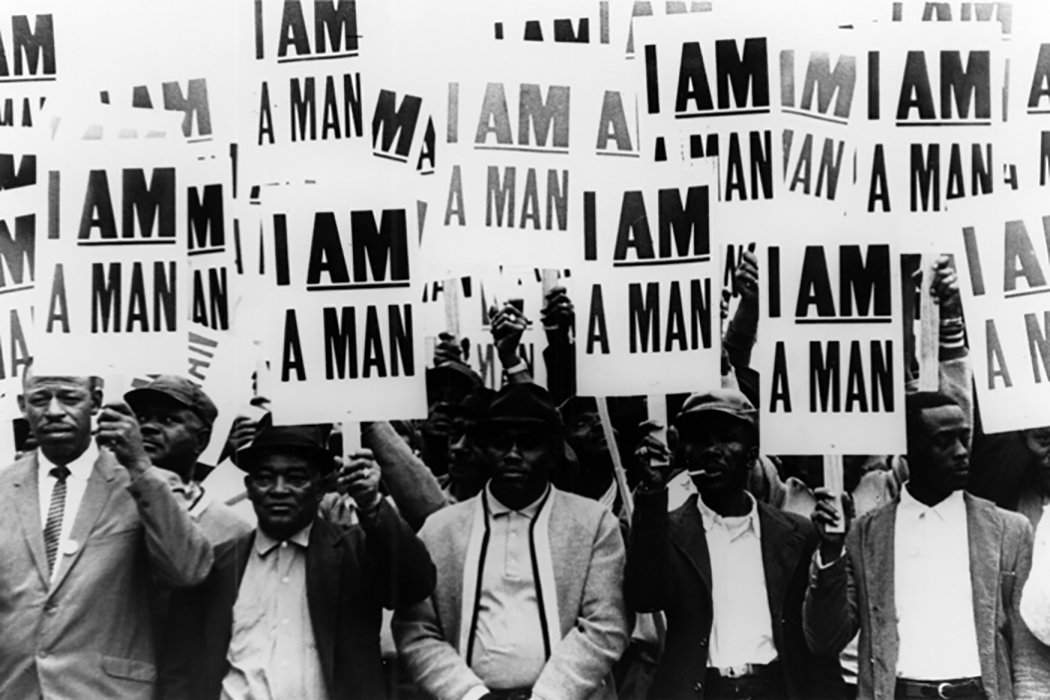 Annie Thorn is a sophomore history major from Kalamazoo, Michigan and our intern here at The Way of Improvement Leads Home.  As part of her internship she is writing a weekly column titled “Out of the Zoo.”  It focuses on life as a history major at a small liberal arts college.  In this dispatch, Annie writes about experiencing the Memphis Sanitation Workers Strike of 1968 through a virtual reality experience. –JF

“I AM A MAN, a virtual reality (VR) experience”

The subject of the mass email stood out from the rest in my inbox. Normally when I log into my college email I’m greeted by a host of messages–Canvas announcements, grade updates, etc.–but this one stood out from the rest. I had no idea what “I AM A MAN” meant, nor had I ever tried a virtual reality experience, but I was intrigued. A quick read of the email notified me that the “I Am A Man VR Experience” was going to be held in Murray Library during Martin Luther King commemoration week. The announcement promised that the experience would allow participants to literally walk in the shoes of the civil rights activists who organized the Memphis Sanitation Workers’ Strike. Fascinated by prospect of VR history, and realizing that time slots for the experience were filling up quickly, I promptly reserved a session for myself.

On a brisk afternoon the following week I made my way to the Library’s Athenaeum, where the experience was being held. The room was divided in two, with a floor-to-ceiling curtain stretching down the middle. I made my way to the other side of the curtain, which was empty save for the virtual reality equipment and a small X taped in the middle of the floor. The experience attendant fitted my VR headset, twisting the dial in the back until the headpiece was snug against my brow. He showed me how to hold the controls, and as I slid my hands through the wrist straps he explained which buttons I would need to use throughout the program. Finally, he guided me to the X in the middle of the floor, where I waited for the experience to start.

For the next 15 minutes, I lived the life of someone else.  Surrounded by history, I saw the world not through my own eyes, but through the eyes of a black man deep in the throes of the civil rights movement. Scenes faded in and out, interspersed with narrative interludes explaining the Memphis Sanitation Workers’ Strike. One moment I stood in front of a beeping garbage truck backing down an alley, and the next I watched scores of men marching down the street holding signs that read “I AM A MAN.” In another scene I stood in the parking lot at the Lorraine Motel and waved at Martin Luther King standing on the balcony. Seconds later, a gunshot rang out and the scene faded to black. The darkness receded to reveal the same street that I stood on earlier, now in shambles. Forlorn-looking men stood scattered along the street; the signs they once held with pride littered the sidewalk. President John F. Kennedy spoke sorrowfully from a television inside a barred store window about the assassination of Martin Luther King Jr. and the subsequent riots. My heart started pounding when police car headlights pierced through the fog, and quickened further when the officer inside demanded angrily that I put my hands above my head.

I thought I knew what it meant to step into other people’s shoes. I thought that by studying history, by reading words and amplifying voices that I could effectively empathize with the struggle of others. Yet it was not until I literally stepped into an African American man’s shoes, until I literally saw the world through his eyes, that I was able to begin to feel what he felt–to comprehend the fear, stress and sorrow that people of color experienced in the 1960s and must still experience today. I thought I understood the struggle that marginalized people have faced throughout human history, but “I Am A Man” made me realize that I’ve only been scratching the surface.